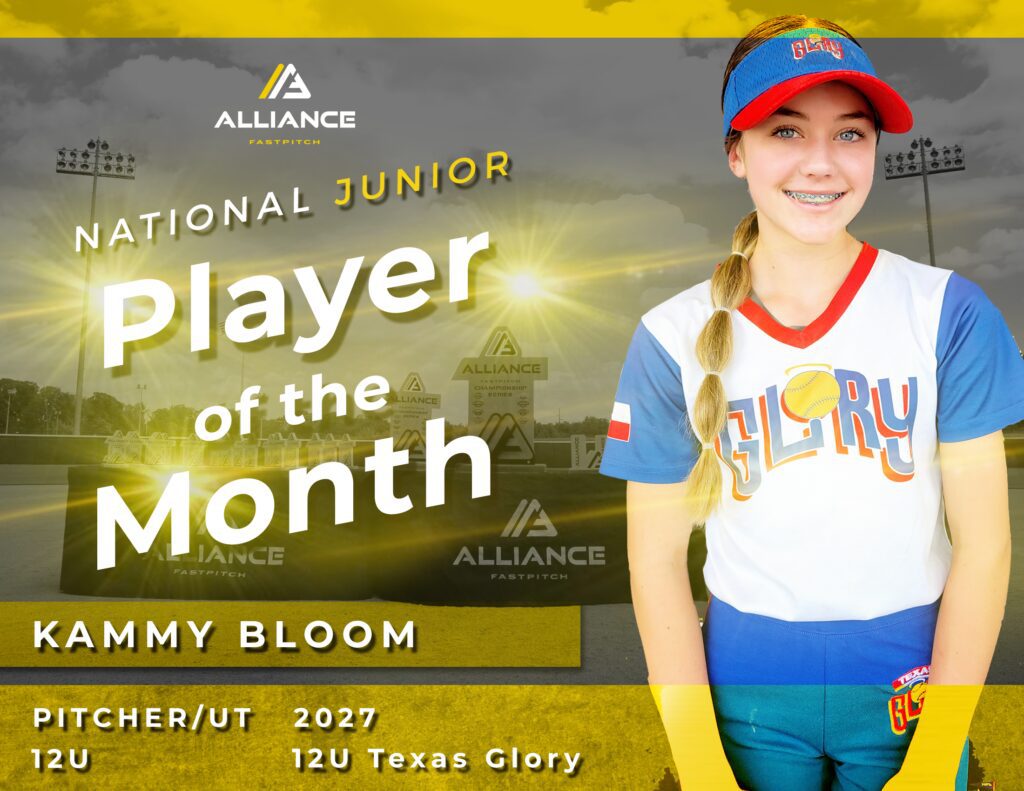 As part of the Alliance Fastpitch Player Recognition Program, we are excited to honor Texas Fastpitch League (TFL) pitcher, Kammy Bloom of Texas Glory 12U as the National Player of the Month for her performance in June.

Softball Story (How did you get started?) Tell us about you-
I started playing t-ball when I was 4 years old and immediately loved the sport. When I was 7, after the spring rec league, I asked if I could play softball in the fall, and that’s when I tried out for my first travel team. Soon after that I started showing an interest in pitching, and I began taking pitching lessons with Chad Ramsey (North Central Texas College) when I was 8. I’ve played with the Texas Glory organization for 3 years, and this spring and summer season has been my favorite and best season yet! I’ve loved being challenged to face the top teams locally,

Favorite Softball memory-
I have so many great memories, but my favorite is getting to play and pitch at the USA Hall of Fame Stadium this summer during the Alliance Fastpitch Championship Series. Getting to take the field where the top teams in college softball face off in the Women’s College World Series was an amazing experience and something I will never forget!