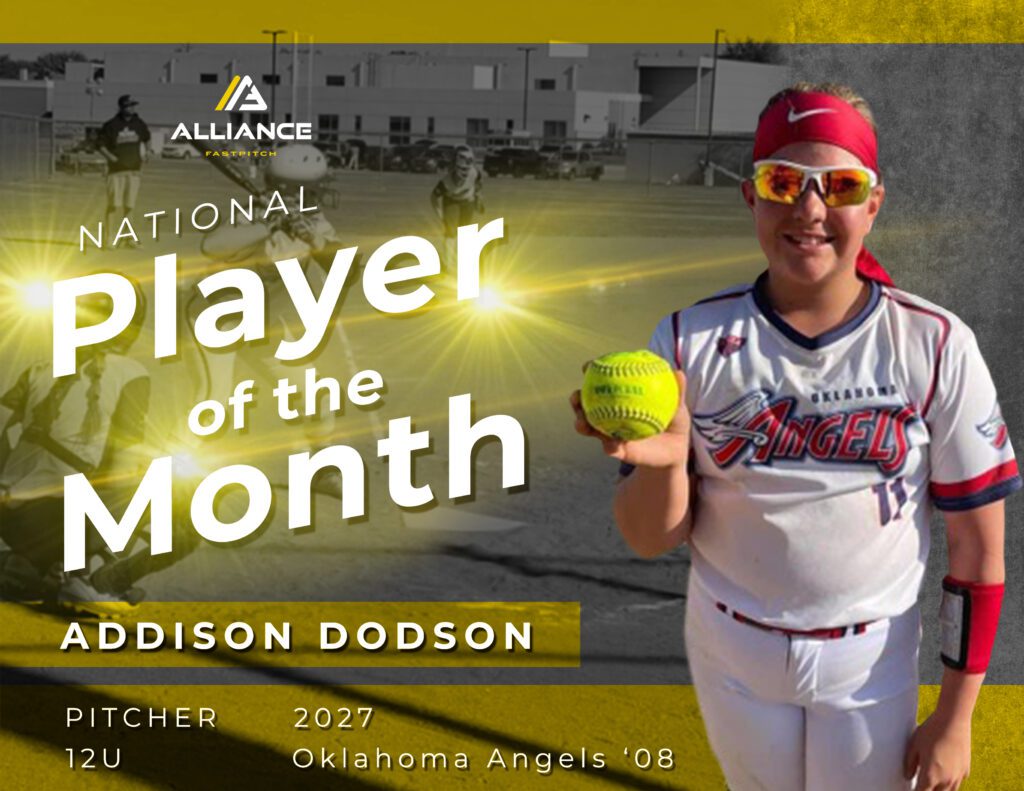 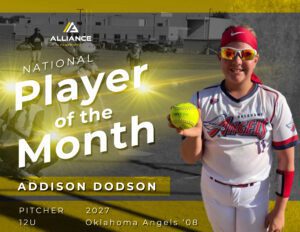 The Alliance Fastpitch would like to recognize Addison Dodson as the National Player of the Month for March! This clutch player is a member of the Oklahoma Angels ‘08 and is a member of the HFL. Not only can she pitch the ball well, but she can hit it, too! Her batting average stands at a strong .510, and her OBP is a .546! You can also count on Dodson in big-time games, as well.

Dodson’s favorite softball memory was hitting her first homerun; “we were playing in the semi-finals, and we were in ITB. I hit my first walk-off homerun,” she stated. Addison also states that she wouldn’t be where she is now if it wasn’t for her older sister, Lili. Dodson would watch Lili play growing up, and wanted to be just like her.

Head coach, Lesley Martin, sees just how great Dodson is, on and off the field; “Addison is an extremely hard worker.  She is a huge asset in the lineup and holds her own on the mound as well.  She is a great kid that is very coachable and gets along with all her teammates. She has a very bright future ahead.”

Addison has a future that we can’t wait to see! The Oklahoma Angels ’08 seem to have a special young woman on their hands who is going to be leaving her mark in the softball world in the years to come. Congratulations Addison and keep up the good work!