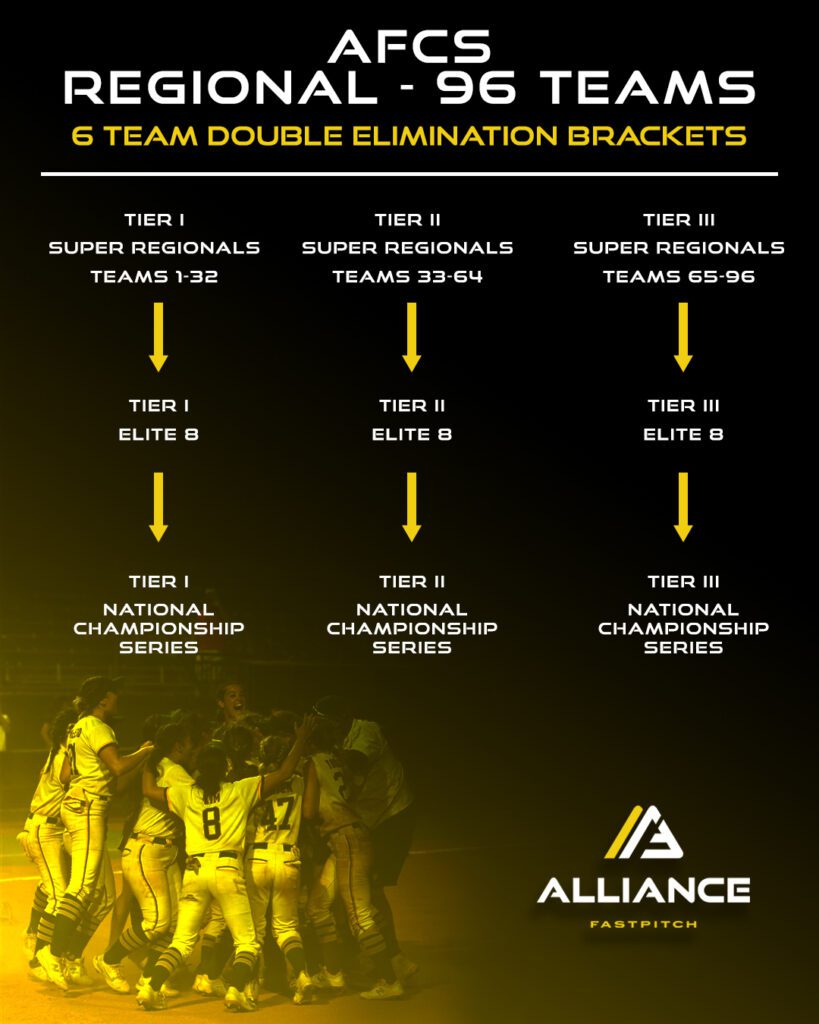 September 2021 – After the inaugural Alliance Fastpitch Championship Series (AFCS), the Alliance Fastpitch Leadership sought feedback from our member teams, coaches, athletes, and college coaches. Based on the feedback, we have adjusted our AFCS Format to further meet the needs of our members and enhance the overall playing experience for all teams.

The AFCS serves as the pinnacle Championship event for the Alliance Fastpitch. Our goal of the AFCS is to level the playing field by allowing all the member teams the opportunity to EARN a berth to a National Championship, unite the top performers from each Member League in a true National event, and to create the best Championship experience for our athletes. All teams competing in the AFCS must earn their way through League Qualifiers or by achieving the highest Alliance Rating in their League. This season a total of 96 berths will be allotted for each age division and have been divided amongst our eight Member Leagues.

We will continue to prepare our athletes for the next level by emulating college softball’s post season with a Regional, Super Regional, Elite 8 and Championship Series format. The 2022 AFCS will allow up to 96 teams to qualify in each age division. Those 96  berths have been distributed to each of the 8 Member Leagues. Each Member League will assign their AFCS berths to League Qualifiers or the top point earners based on our Alliance Rating System. The Alliance has removed the Tier I and Tier II qualification and instead will seed all 96 qualified teams into one bracket with 16 Regionals. Teams will be seeded into the AFCS by our Seeding and Oversight committee following the completion of all qualifiers.

See below for a breakdown of each round. 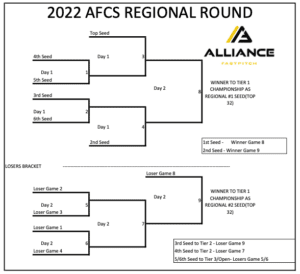 Super Regionals will consist of four teams playing in a double elimination bracket. The winner from each Super Regional will advance to that Tier’s Elite 8. This adjustment expanded each team’s schedule and diversity of opponents while aligning with the Super Regional format. 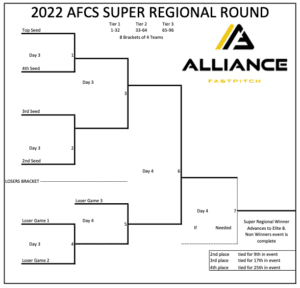 The Elite 8 bracket format will not change. The Elite 8 will continue to mimic the Women’s College World Series event format. The 8 teams will play in two, double elimination brackets. The winners of each bracket will meet in a best 2-out-of-3 National Championship Series. This will be the same for each Tier. 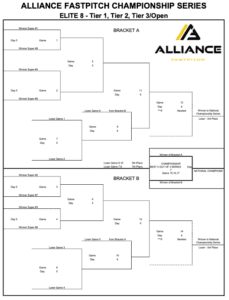 In the end, the Alliance will name a Tier I, Tier II and Tier III AFCS National Champion in every age division.