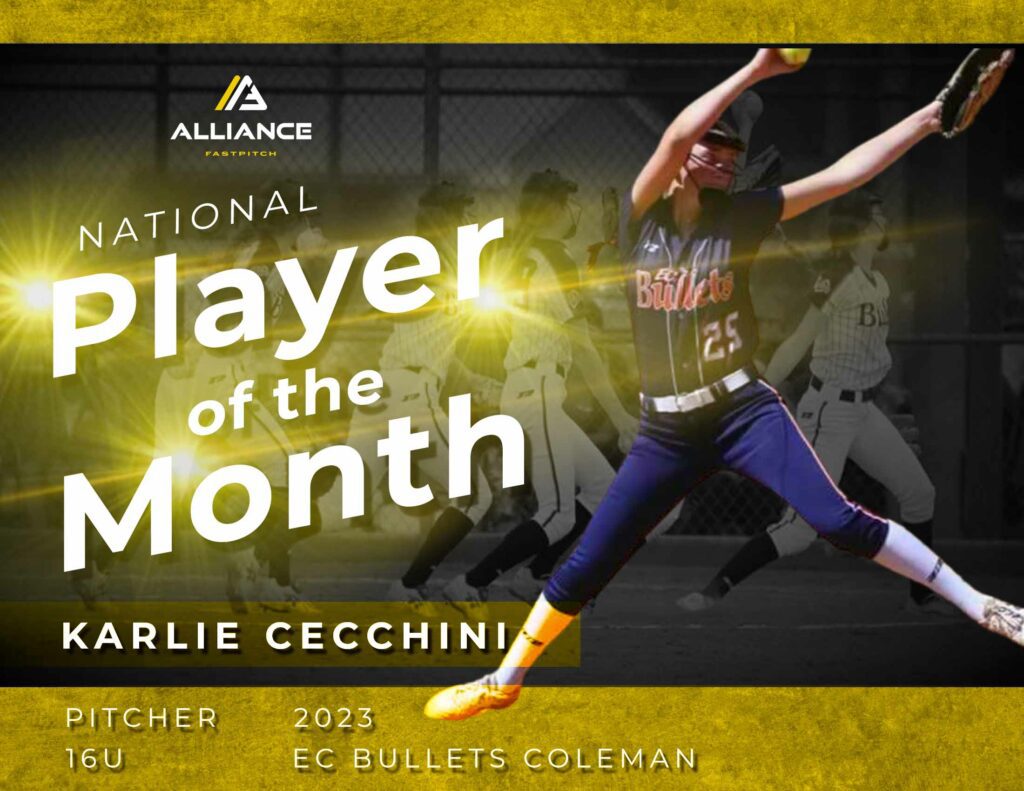 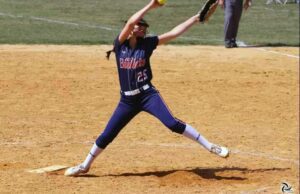 As part of the Alliance Fastpitch Player Recognition Program, we are excited to honor Northeast Fastpitch League (NEFL) pitcher Karlie Cecchini as the National Player of the Month for her performance in May.

Cecchini is a 2023 member of EC-Bullets Coleman and recorded an impressive month of play in May. The 2023 pitcher is 7-2 in the circle for the Bullets this summer.  “Karlie wants the ball in every big game,” said coach Bryant Garrett. “She brings her ‘A’ game all the time and is super tough competitor. She has played for me multiple years and as a coach one of the greatest compliments to give a player is calling her a “Gamer” there is never a time this kid doesn’t rise to the level. She is also the ultimate teammate keeping everyone loose but focused on our goals!”

Her favorite softball memory is from last summer when she pitched, and won, five games in Young Guns Tourney, helping her team to the Championship and pitching her best game of the day with a shutout in the Championship.

From all of us at the Alliance and the NEFL, congratulations to Karlie Cecchini for her achievements!