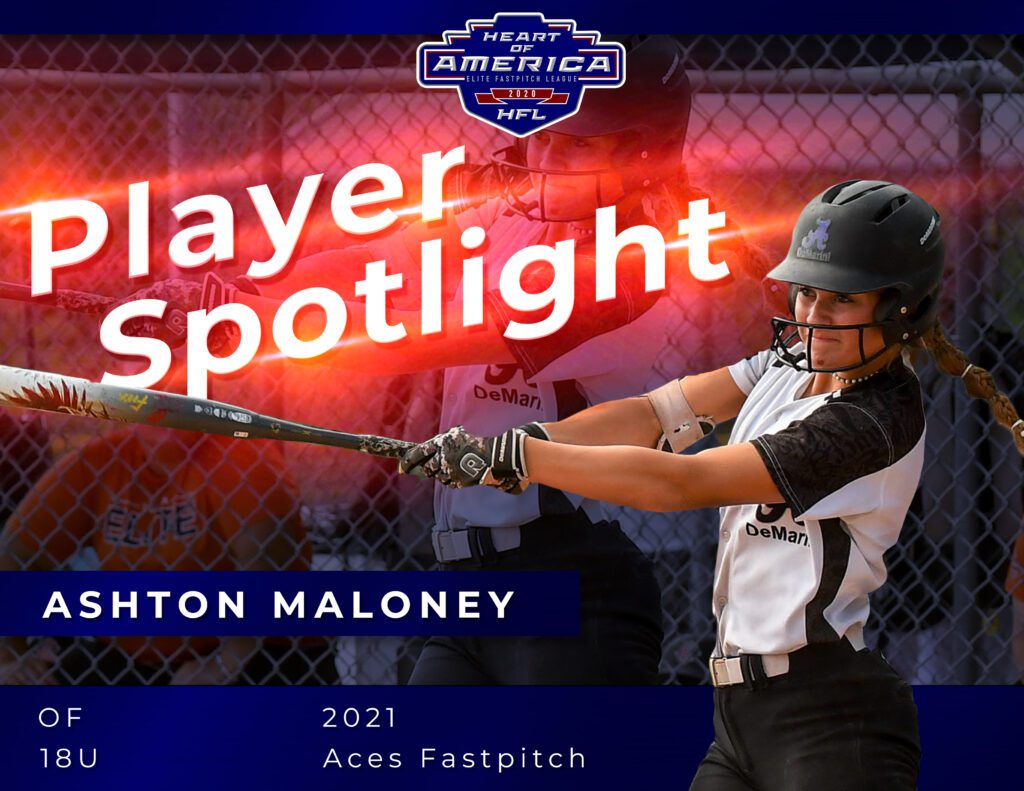 January 27, 2021 – The Heart of America Fastpitch League (HFL) is thrilled to recognize Ashton Maloney in our first HFL Player Recognition Series. For the remainder of the 2021 Season, the HFL will spotlight Players of the Month from our different age groups. 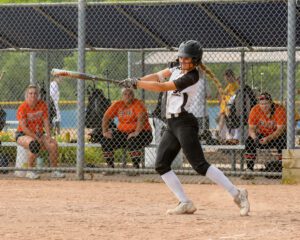 Our first featured player for the HFL is 2021 outfielder Ashton Maloney of the Aces Fastpitch 18U. Her play on the field this past fall earned her our first recognition. The University of Texas signee also led her Aces team to the HFL Fall Championship and a berth to the Alliance Fastpitch Championship Series (AFCS).

The Liberty, MO native hit .510 this Fall with a slugging percentage of .714 and 17 stolen bases. Off the field, her skills gained her a leadership role on the Aces Fastpitch 18U. Aces Head Coach, Ryan Taylor, takes note of it every time she steps on the field.

“What makes her the most impressive is the competitive side,” said Taylor. Any task we give the team, Ashton is always working to have the most reps, or the fastest times. Always on time/present, and asking for ways to get better.”

That tenacious attitude has driven her success her entire career. Originally, she refused to play softball, wanting to stick to only soccer, but it was her dad that convinced her to give it a try. She instantly fell in love with the game and never looked back.

“[I] continued to play for the next 13 years, and now I’m committed to my dream school for a sport I thought I would hate,” said Maloney.

When we asked Maloney what her favorite softball memory was, she told the story of how her and the Aces won Boulder IDT in 2019. “There were a ton of really good teams in the tournament but that was a time when we really came together as a team and battled against everyone to be the last ones standing.”

Congratulations to Ashton Maloney of Aces Fastpitch 18U for being recognized as the HFL Spotlight Athlete from the Fall Season! The University of Texas is lucky to get such a solid player, on and off the field.