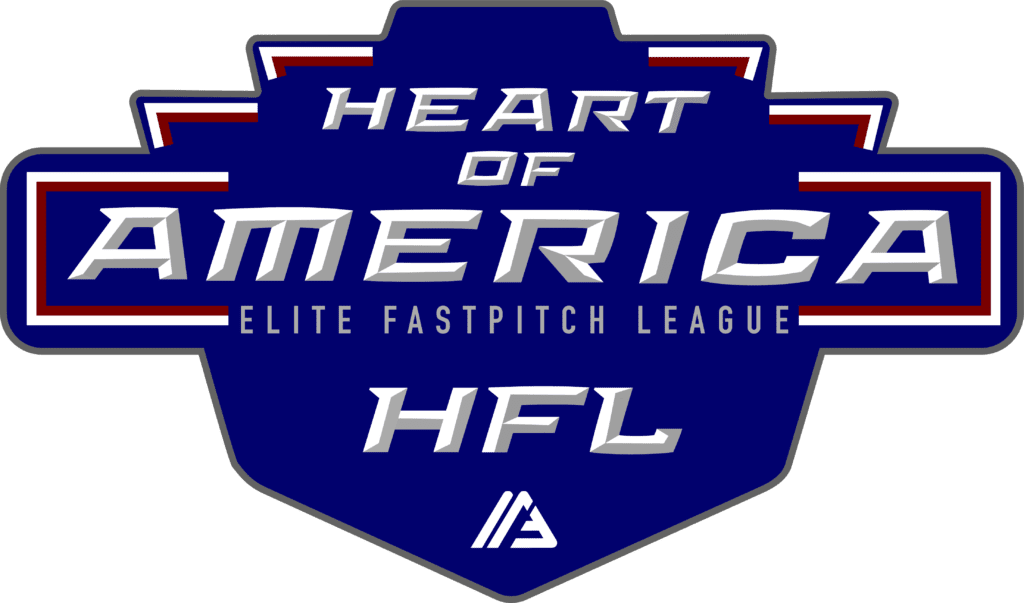 One of the impacts of the COVID-19 pandemic this year has been the push to make summer club softball more regionalized.

Last week, several top travel ball organizations in Texas announced the formation of the Texas FastPitch League which will merge existing events sanctioned by the league with a new event called the TFL Championship that will keep all participating tournaments within driving distance. 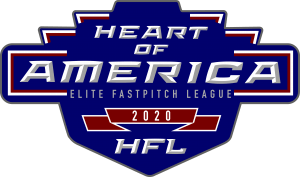 Today, a group of top fastpitch organizations across the country made a similar announcement of a league called the Heart of America Elite Fastpitch League (“HFL”) which will have one major difference: it will encompass the Central and Eastern halves of the country and consist of four geographical divisions; West, North, Central and East.

The head of the HFL, Commissioner Ryan Taylor who runs the Aces Fastpitch organization based in Missouri, says that each team will play within its region through already established events.

“Through this league we will grow the game of fastpitch regionally and nationally in a college league format,” he says. “Our desire is to see all teams prepare their players, parents, and coaches for the collegiate level.”

The Heart of America Elite Fastpitch League divisions includes the following states along with Washington D.C:

Taylor says the idea for the Heart of America Elite Fastpitch League has been in discussion even prior to the announcement of the Texas FastPitch League.

“We’ve been kicking the idea around (of the HFL) for the last month,” Taylor explains, “talking about what we could do. There’s been a collaboration with several events run by Greg Dickel of Iowa Premier and Brian Madden of Oklahoma A’s and we’ve been working all together to do more this spring to give clubs the chance to compete against each other at an elite level. We really started to get down to the nuts and bolts last month.”

Taylor says there were parallel conversations with the creators of the Texas League, which he feels has been a positive in the development of the Heart of America League.

“We talked to those guys about what they’re doing while having our own conversations in our region,” continues the coach and former collegiate wrestler at Arizona State. “I’d definitely say getting confirmation from each other has helped us build a good product moving forward.”

The HFL organizers are looking for the first of the sanctioned events to begin a month from today, June 11-14 at the Team 1 tournament in Kansas City. The event would be for teams and programs in the West division with the other divisions holding their own regional events leading up to a combined championship tournament where top teams from the three regions would compete.

And like the Texas-centric softball circuit, the HFL’s top teams would be decided a point system and all games will be live streamed and scored in real-time using AthletesGoLive.

In a release issued today, the HFL stated: “Teams will earn points based on their winning percentage in designated league games. Already established competitive events will be designated “HFL events.” Finishes in the tournaments will generate bracket points.”

The HFL League Championship, will be open to all teams in the league.  It will be seeded by a team’s ranking based on the combination of league and bracket points, using Divisions within the League.  The Championship will have a World Series format, with each team playing in a Regional. Winners will graduate to a Super Regional best two-out-of-three before advancing to the final eight that is played out just like the Women’s College World Series, culminating with a final series between two squads.”

“A date and venue has yet to be determined, but options are currently being explored and considered.  The HFL is also exploring the real possibility of forming its Championship event in conjunction with the newly formed Texas Fastpitch League.  Talks are ongoing.”

Another key component the HFL is looking to include is integrating with governing bodies including USSSA, PGF, Triple Crown and USA Softball.

“We’re trying to understand how to connect the pieces with these organizations,” the HFL head states.

Taylor emphasizes that his new league is looking to promote spirit of cooperation with everyone and is not trying to replace existing events including Nationals.

“My goal was, when pulling this together, to put my kids in front of the best college teams I can and prepare them for college by playing elite programs. We travel to play good competition and there still has to be some of this on a national level.”

“We want to still try to work with those organizations while doing what’s right for us and for our players. If that conflicts with others, that’s fine. We’ll see what we can do better and how we can learn from our mistakes and that’s OK, but I don’t want teams to have to decide and try to avoid conflict with playing at events like PGF Nationals, we want to do what’s best for our teams and many may want to do both (regional and national). I know I want my team to play the best across the country.”

Greg Dickel adds: “We are not trying to compete or replace the nationally-recognized events of our partners in the governing bodies of fastpitch. We are trying to bridge the gap of affordability for families to do all this throughout the year, meaning playing regionally for the majority of the season so they can go to the national event and still be able to afford it.”

While much of the new Heart of America League is a work-in-progress, including the building of the championship event, the Division Leaders have decided that each will play locally before meeting together for the title series in a location such as Indianapolis.

“It doesn’t make sense to play weekly with this many states (20 plus the District of Columbia),” adds Taylor. “We’re looking at doing very similarly what the guys in Texas did, having the teams play each other regionally multiple times to prepare mentally and physically, trying to replicate the college game. The biggest thing is to identify the best avenue to help our players develop and prepare to play at the next level.”

The HFL will provide competitive league opportunities for ages 10U up through 18U and maybe beyond.

The league also announced today that the 10, 11 & 12U age divisions will encompass the Futures Classification with 14 thru 18U ages being designed as Showcase levels.  The HFL is also exploring the option of developing a Women’s Division for College-Aged players, to take place after the collegiate season and to be played during the Summer.

Another key goal of the Heart of America League is to reduce travel costs as much as possible.

Said one source close to the League: “A focal point for the HFL will be we, in no way, will endorse or allow a ‘Stay to Play’ requirement for lodging of teams that would travel to an HFL event during Regional play.”

Taylor finishes by saying his role will focused on finding and promoting good events that make sense for the Heart of America Elite Fastpitch League as well as getting everyone on the same page moving in a unified direction.

“The key,” he believes, “is to throw myself together with good people so we can all make the best decisions going forward.

The HFL Board consists of the following members: