The nice weather has officially brought softball back for the spring and summer, and we’re so ready for a great season! This past weekend, teams from 6 different states traveled to Columbia, MO for the HFL Spring Kickoff. A gritty, well-played tournament ended Sunday night with some big winners! 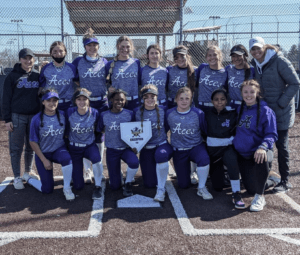 The runner up for all three categories was the Iowa Premier! They took home 3, second place finishes to their organization! Not only did they dominate those categories, but they also took home a 1st place championship in the 12U category! Congrats Iowa Premier 12U; way to represent!

The Originals ‘08 took second place in 12U. Congratulations to them, as well!

Team 1 Fastpitch also had a couple competitions that resulted in giveaways. Athletes who got the most likes on Twitter posts got to take home new gear! Chloe Kohnhorst of Iowa Premier Gold took home a brand new Demarini Bat thanks to her video of a homerun in Bentonville, AR. Congrats Chloe! Team 1 also gave away a brand new Wilson glove to Lexi McDaniel of the Aces 14U. She posted a video of an amazing diving catch at shortstop to win the glove. Great job and congratulations!

The HFL is so happy for softball season to be kicked back into gear! We can’t wait to see more great competition this season!