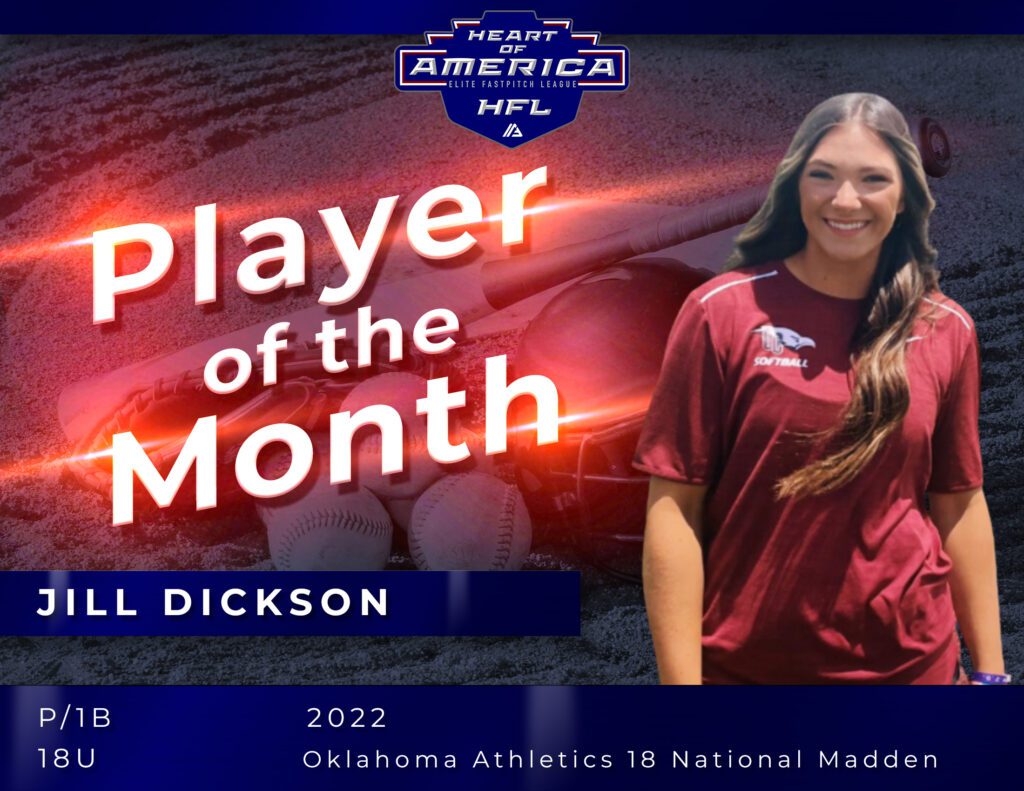 The Heart of America Fastpitch League (HFL) is excited to spotlight Jill Dickson as the October player of the month. Dickson is a 2022 on Oklahoma Athletics 18 Nationals Madden.

Dixon had an impressive month in the circle. The Oklahoma native accrued a 0.39 ERA. Dickson pitched a total of 18 innings with 25Ks and a 3-0 record.

Throughout playing softball I have made several new friends and learned many new things,” said Dickson. “I love being on a team because, as they say, teamwork makes the dream work! In the future I want to go to college for softball, and after college I want to continue watching and maybe even coaching softball. Softball has also brought me one of the best moments in my life!”

From all of us at the Alliance and the HFL, congratulations to Jill Dickson for her achievements.