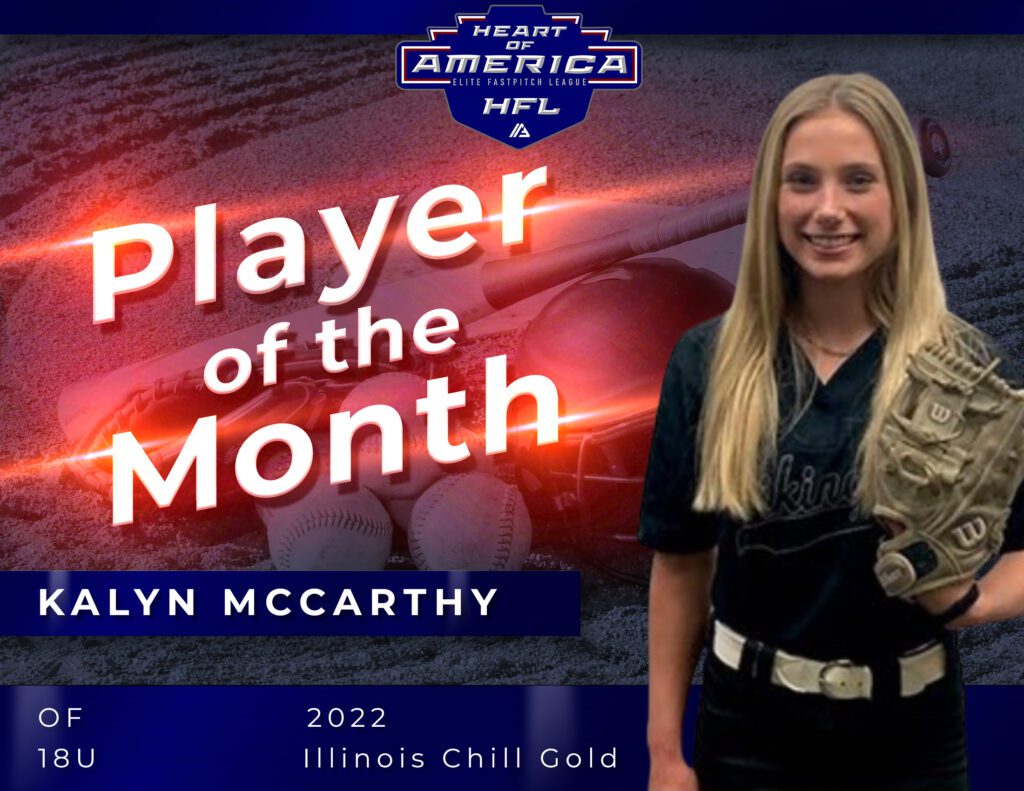 Heart of America Fastpitch League (HFL) is excited to spotlight Kalyn McCarthy as the July player of the month. McCarthy is an outfielder on Illinois Chill Gold 18U.

This summer, the 2022 recorded a .347 batting average and an impressive .463 OBP. McCarthy also led the team with 28 stolen bases.

“Kalyn is a true game changer with her speed, defensive skill and competitive spirit,” said coach Gerry Quinn. “Kalyn was spectacular the entire summer, but she saved her best for last at the Alliance Championship. She led her team to a 7th place finish at Alliance 16u Tier 1, spearheading championship wins in both the Regional and Super Regional portions of the tournament. In eight elimination contests she led the team in batting average at .455 and in on base percentage at .600. On top of that she added 7 stolen bases. Even more spectacular was her play on defense that yielded numerous highlight reel catches as well multiple throwing assists eliminating key baserunners. Her efforts her a spot on the Alliance 16U all-tournament team.”

Kalyn got into softball because of her dad. “He always played catch with my brother and I wanted to join in and be part of it,” Kalyn said. “I fell in love with the sport and started to pursue it.”

Her favorite softball memory is when her teammate Bree Mitchell did a backflip over the left field fence trying to rob a home run at the Boulder IDT.

From all of us at the Alliance and the HFL, congratulations to Kalyn McCarthy for her achievements.