Kelsey Komorous Recognized as HFL Player of the Month for February 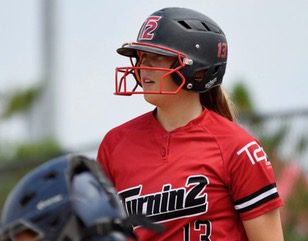 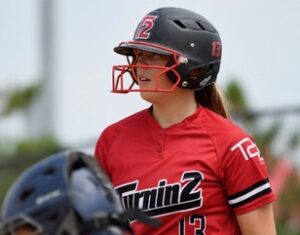 It’s that time and stats are in! The Heartland Fastpitch league (HFL) February Player of the Month has been named. Introducing 2021 graduate, Kelsey Komorous, to continue the HFL Player Recognition Series!

Komorous has been a force on the softball field ever since she started playing. Growing up, her older brothers got her hooked on baseball at the age of 4, and she didn’t start playing softball until she was 10 years old!

Juggling competitive soccer, and volleyball, Komorous debated what sport she really wanted to pursue for her college career. Her freshman year of high school, Komorous made the varsity softball team, and from that point on, she knew she wanted to take fastpitch to the next level.

Her sophomore year, Komorous joined Turnin2 18U, and has been playing for them ever since. Head coach, Rodney Robeson, really appreciates everything Komorous brings to his team; “she’s a gamer who rises to the occasion in big situations and is a clutch performer who isn’t intimidated to compete.”

Komorous is notorious for her clutch hitting, and notes one instance as her favorite softball memory; “last year, we were in the semi-finals, and we were tied going into an international tie breaker. We were the home team, and the other team had scored one run. I was the first one up to bat, and I hit a homerun.”

Her stats are nothing to overlook, either with a batting average of .400, a slugging of .588, and a OBP of .469, leading her team at the plate. Komorous does so with her calm and confident attitude, something the coaches at Grand Valley State University have noticed. Grand Valley State is where Komorous will attend this fall, and be a tremendous addition to their roster.

As Coach Robeson said, “look out for Kelsey to have an immediate impact this fall.” Good luck to Kelsey and Turnin2 18u as they continue to make their mark this season.