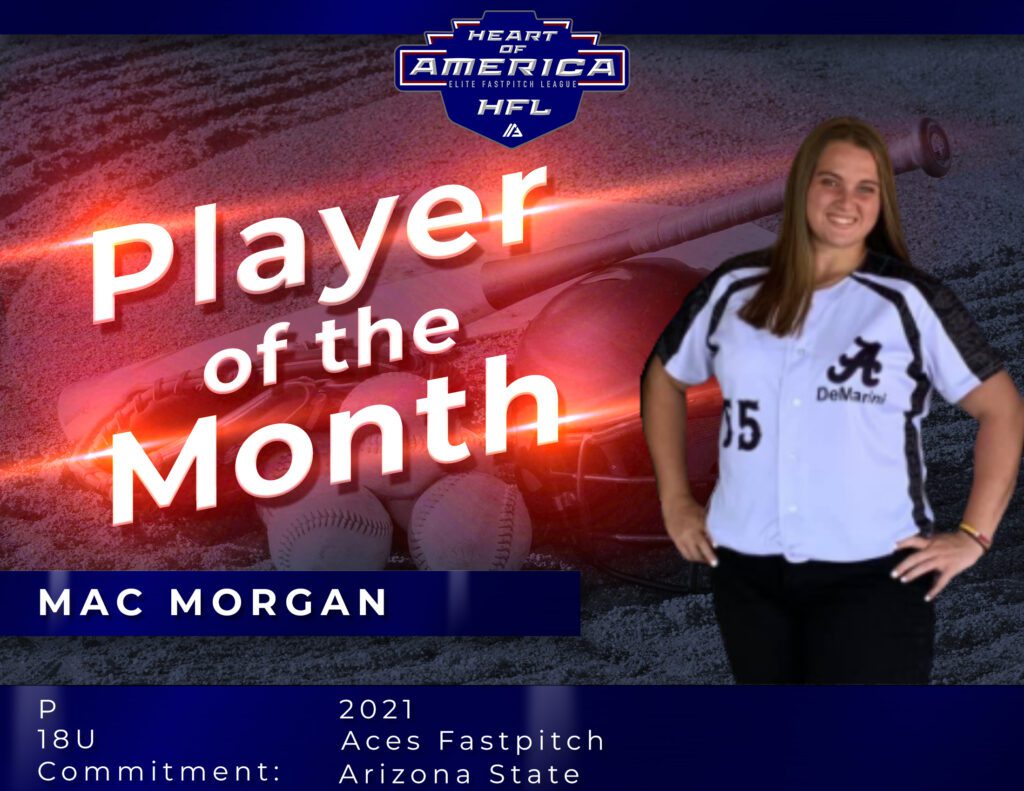 Heart of America Fastpitch League (HFL) is excited to spotlight Mac Morgan as the July player of the month. Morgan is a pitcher with the Aces 18U.

In July during the AFCS, the 2021 boasted a 1.50 ERA with 13 strikeouts in 18.2 innings pitched. Morgan was a part of the inaugural Alliance All-Star game and played on the Alliance National Team.

Morgan has grown into one of the premier pitchers in the 2021 class. The Arizona State commit (now player) placed in the top 5 of WCF, PGF, and the Tulsa Elite Invite. “Mac has a great work ethic and a typical workout will entail her throwing 300 pitches.”

Morgan’s favorite softball player is Breanna Macha-Peterson. When she’s not in the circle her favorite hobbies are working out and going golfing with her friends.

We are excited to follow Mac’s softball journey and the mark she is going to leave. “I want my legacy to be that I was the one that always wanted the ball and never fears being held under pressure,” she said.

From all of us at the Alliance and the HFL, congratulations to Mac Morgan for her achievements.