Olivia Nations named HFL May Jr. Player of the Month 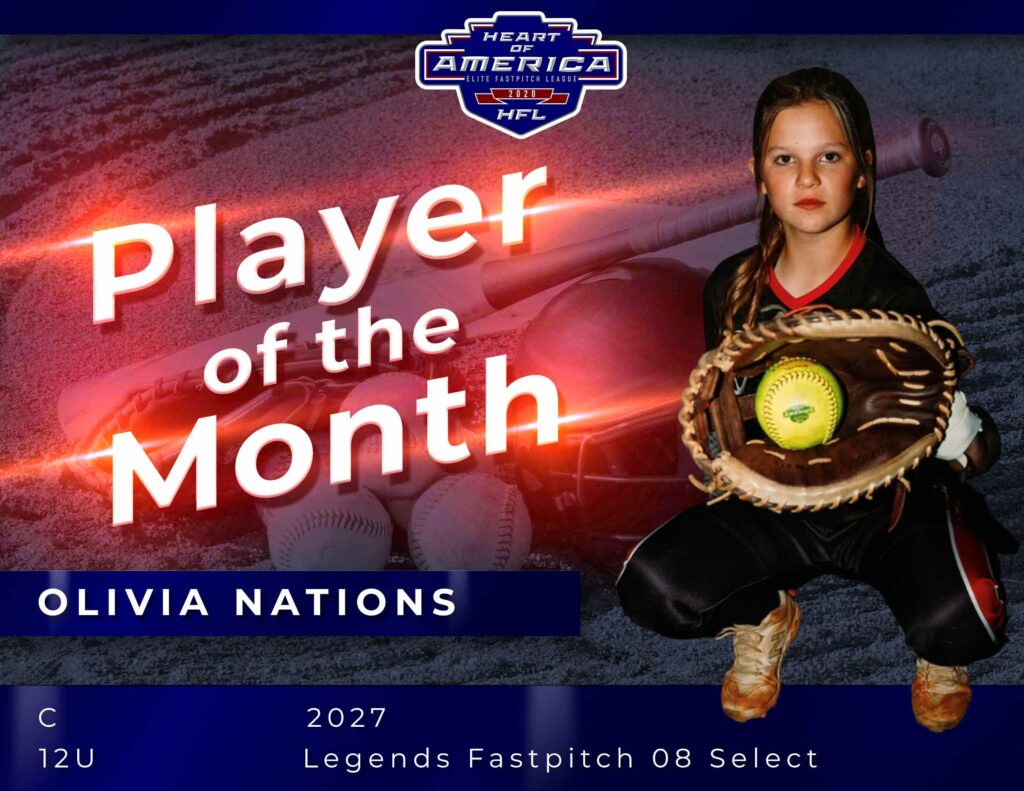 The Heart of America Fastpitch League (HFL) is excited to spotlight Olivia Nations as the May player of the month. Nations is a catcher on Legends Fastpitch 08 Select.

Nations tallied up 13 RBIs with a batting average of .436 and an OBP of .532. Behind the dish, Nations recorded 93 put outs with over 91 innings caught. The 12u catcher threw out 13 of 19 runners with an impressive total of 7 pick offs.

“Olivia is a true leader on the field. Her knowledge of the game is pretty high up on the charts for a 12-year-old. At the plate Olivia, holds the 2 hole pretty consistent. She is very good at laying down the bunt to move runners,” Legend’s coach said. “Overall, Olivia is exactly what this team needs in a leader and she does a great job for us.”

Nations grew up on the ball field watching her big sister play the game who was also a catcher. This allowed her to learn the game from an early age. She always wanted to follow her sister’s footsteps and so far, she is doing just that.

“My favorite softball memory is last fall when my team competed and won the Top Club Fall Nationals in OKC. We played as a team from the first game to the last and had great wins over great teams. I love to compete and when our team plays to their potential we can compete with the best,” Nations said.

From all of us at the Alliance and the HFL, congratulations to Olivia Nations for her achievements.