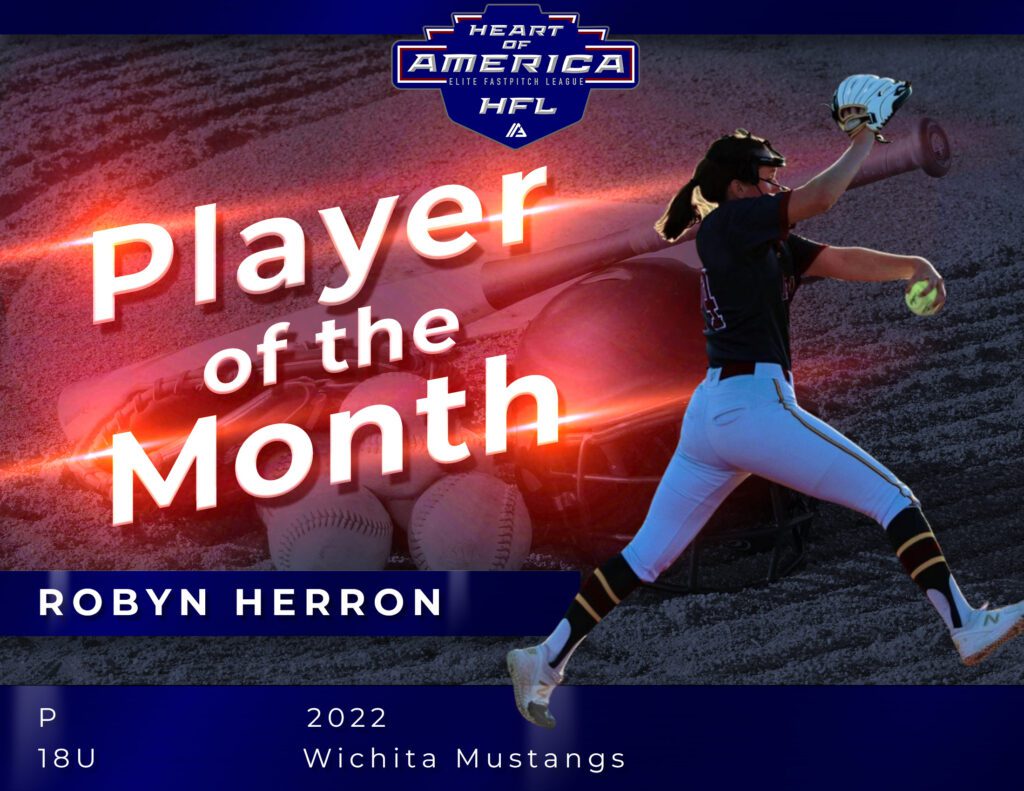 Heart of America Fastpitch League (HFL) is excited to spotlight Robyn Heron as the June player of the month. Heron was previously a pitcher with the Wichita Mustangs.

The 2022 pitcher has racked up six straight shutouts since 6/30/2021. Not a surprise for one of the top pitchers in Florida who has dominated the circle. Herron is committed to and now a player at Arkansas in the SEC.

The lefty got started in softball because her brother played baseball and she wanted to be just like him! “I fell in love with the game and with being a pitcher. I then started playing travel back with teams in the Tampa. Bay area, and eventually made.  The jump to play for the Wichita Mustangs and never looked back since,” said Herron.

Her favorite softball memory is pitching 16 out of 19 innings in a regional semifinal game in high school to go to the regional finals.

From all of us at the Alliance and the HFL, congratulations to Robyn Herron for her achievements.