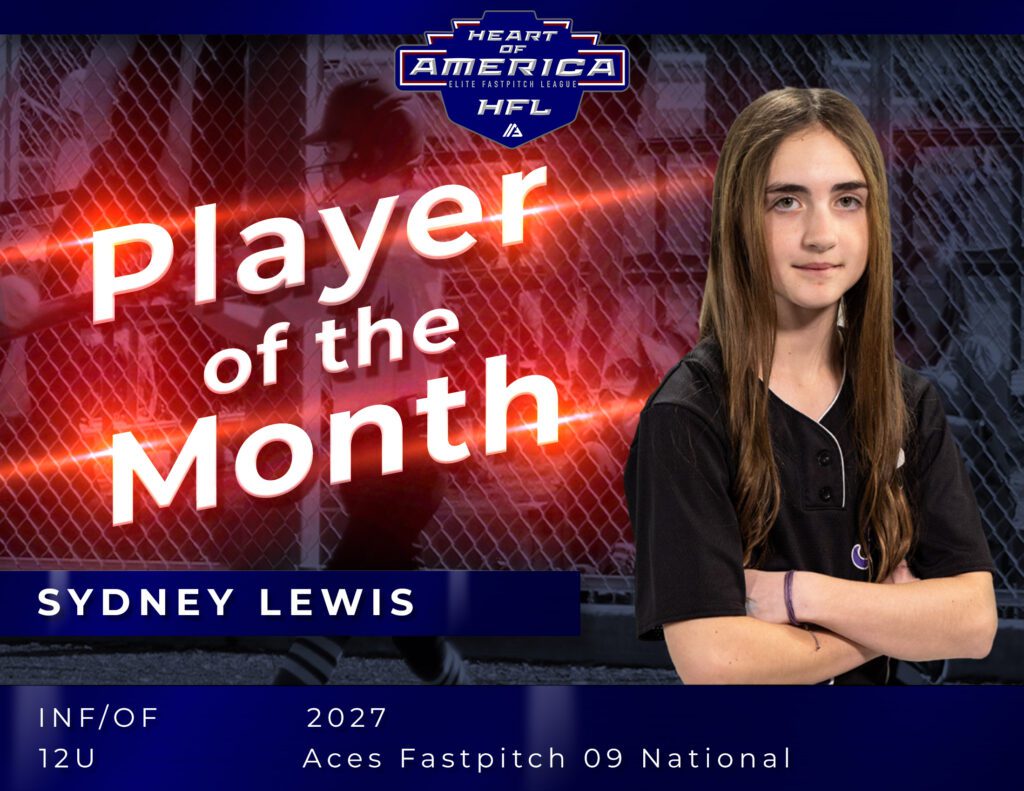 The Heart of America Fastpitch League (HFL) is excited to spotlight Sydney Lewis as the September Junior Player of the Month. Lewis is an infielder/outfielder on Aces Fastpitch ’09 National.

“Sydney is a kid that brings value to multiple positions on the field,” head coach Joel Garcia said. “Syd can hit for power, lay down a bunt, along with great speed. 100% team kid who’s been with us since we started this team 3 years ago. Looking forward to watching this young lady play the game for years to come!”

Like many softball players, Sydney has been involved in softball since she was five years old. “I started softball when my mom and dad signed me up for a team called the Batgirls at age 5,” she said. “I then moved to travel ball at age 8. I tried out for the Aces at age 10. I was so excited whenever my mom told me I was accepted into the organization of the Aces. I have learned a lot about the game of softball with Coach Joel. For fun I like to swim, go to the lake, be with my family, hang out with friends, and take my dogs on walks.”

Sydney’s favorite softball memory is her first diving play in center field against the St. Louis Chaos. Sydney hopes to one day play at Florida State or OSU.

From all of us at the Alliance and the HFL, congratulations to Sydney Lewis for her achievements.