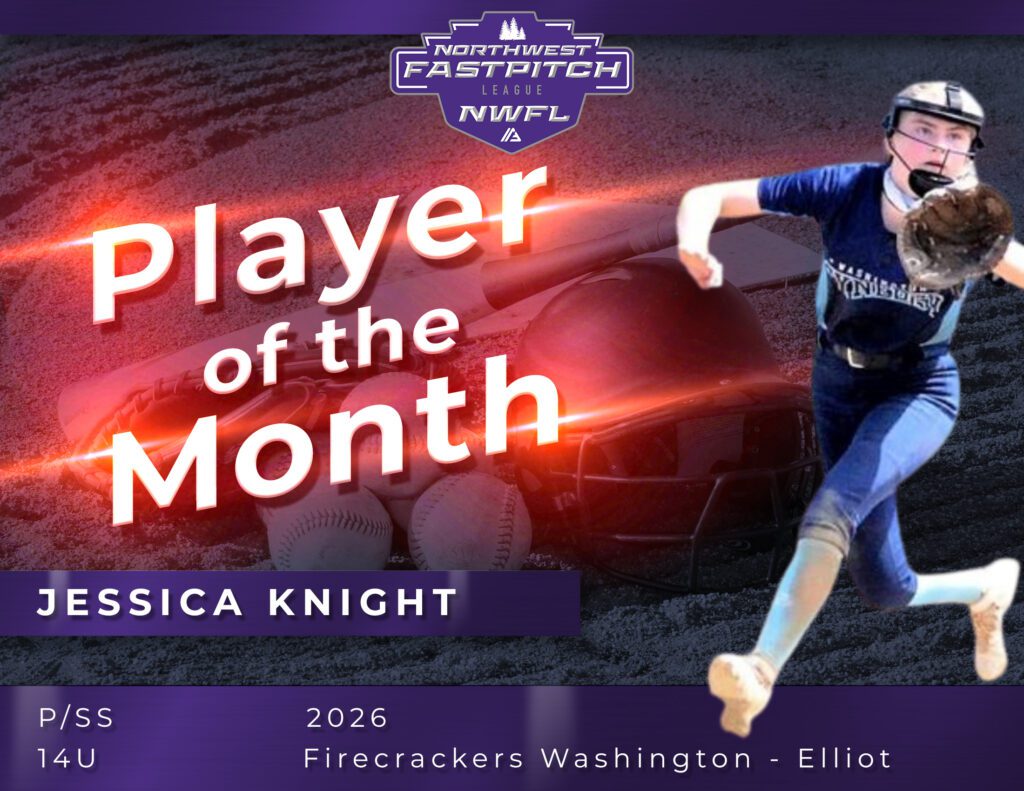 The Northwest Fastpitch League (NWFL) is excited to spotlight Jessica Knight as the Junior October player of the month. Knight is a shortstop/pitcher on Firecrackers Washington – Elliot.

During the month of October, Knight boasted an impressive .647 batting average, 1.118 slugging percentage and a 1.887 OPS. The 2026 racked up 11 hits, three doubles, a triple and homerun with six RBIs. Knight had six stolen bases and a perfect fielding percentage.

“Jessica is a great player with a passion for both learning and competing,” said coach Curtin Elliot. “Whether she is in a game or on in the gym, she is always striving to be the best and learning as much as she can. She is a quiet leader that commands respect from both her teammates and coaches through playing and training hard, encouraging teammates to strive for excellence, and showing the highest levels of integrity and character. Jessica has the characteristics by which all individuals should be judged. We are truly blessed to have her on our team.”

Jessica’s started playing softball at six years old and her first team was a baseball coach pitch team. “My best positions are shortstop and pitcher,” she said. “My favorite thing about pitching is the control I have over the game. My favorite thing about shortstop is I am almost always in the play, or if not, I can find a base to cover. I also like shortstop because so many balls get hit to me. My goal for hitting is always to put the ball in play.”

Her favorite memory is winning the district championship in little league all-star softball. “I love my team called the Washington Firecrackers, because we are all very close, and we have lots of intensity and the drive to be the best we can be. I really love the coaches, because they have helped me grow as a player and with better habits for life.”

From all of us at the Alliance and the NWFL, congratulations to Jessica Knight for her achievements.