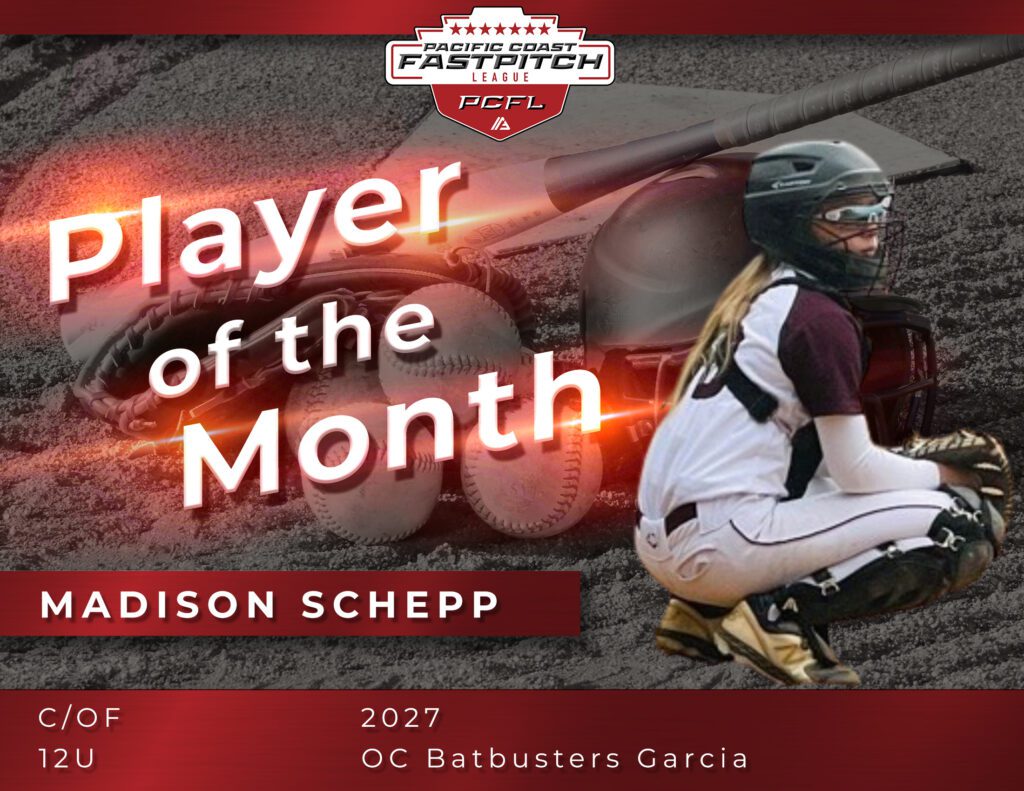 The Pacific Coast Fastpitch League (PCFL) is excited to spotlight Madison Schepp as the Junior October player of the month. Schepp is a 2027 on OC Batbusters Garcia 12U.

“I have coached Maddie for the last season and a half, Maddie is a smart, fundamentally sound player,” said coach Chris Garcia. “Her skills behind the plate are solid and she takes great pride in being our primary catcher. Maddie has speed on the bases and is consistent at the plate. She is a team first player always willing to do what is best for the team-She loves to compete and does not shy away from the big moments. I’m excited to her continue to develop and grow into an impact player for our organization.”

Maddie started playing softball when she was just four years old. “I wanted to play softball because my sister played and it looked fun,” she said. “Playing softball is what I love to do and I will never stop playing. I was born to play.”

“My favorite memory is when my family and I were in Oklahoma for my sister’s softball games and we went to the University of Oklahoma’s softball field. That was so cool to be able to see the field in person. The OU softball team is amazing and I love watching them play. I look up to Tiare Jennings. She is an amazing player and an amazing person and I want to be just like her. My dream is to go to OU and play softball there when I grow up.”

From all of us at the Alliance and the PCFL, congratulations to Madison Schepp for her achievements.