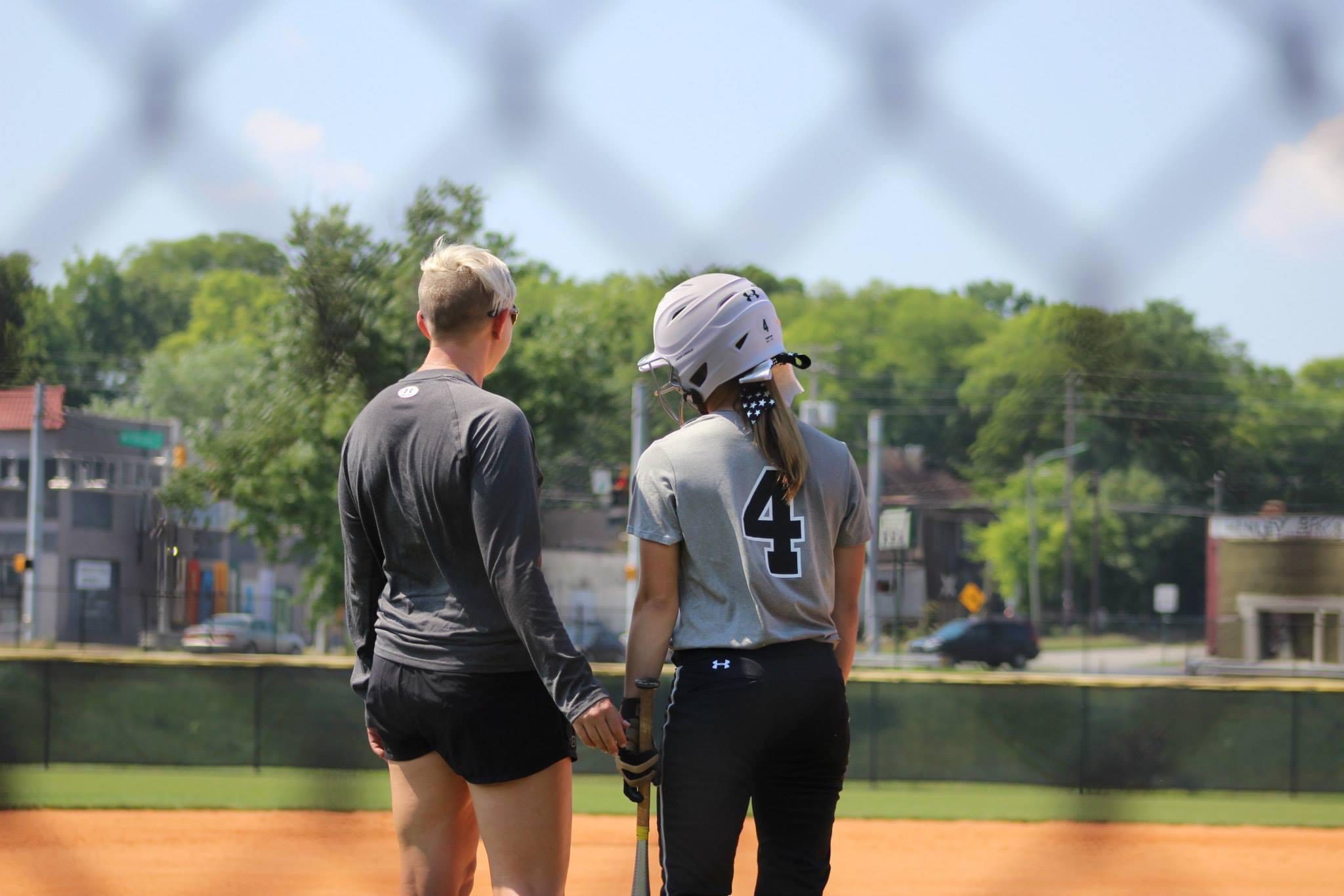 Hitting a homerun off of the Canadian National team in the Canada Cup in 2000.

Jill was born and raised in Lake Charles, LA, where her brothers, sister, dad, nephews, aunts, and hundreds of cousins still live. Her dad was a football coach for 30 plus years and her mom was a PE teacher and coached almost every sport for 30 ish years.

Jill was a competitive cheerleader through high school and helped lead her high school softball team to a 5A Louisiana state championship in 1997.

Jill started her college career at Louisiana State University. A broken glove hand forced her to redshirt freshman year. She then transferred to Chattanooga State Technical College where she was a 2-time NJCAA All American. Jill returned to LSU on scholarship and played in the WCWS in 2001. Jill then spent her senior season back in Chattanooga at UT-Chattanooga where she earned NFCA All-Region honors and led her team to the NCAA Regionals in 2002.

She started coaching while playing college ball and has coached and taught hitting in the Chattanooga area since. Jill had a brief stint as a high school head coach, winning a Georgian High School state championship in 2004. In 2013, Jill partnered with San Diego’s Dana Sorensen to create one2 Consulting, hosting multiple individual players camps in the Southern California area. Jill and her husband, Jeremy Higdon, co-founded the Fury Fastpitch Organization in 2007 and Fury Platinum/Fury Fastpitch Organization in 2014. In 2015, they created Connect Leadership Foundation; a non-profit that serves the inner-city athletes of Chattanooga, TN. Jill and Jeremy co-founded the Scenic City Tournaments in Chattanooga in 2009, leading to the creation of the Connect Sports Events company in 2014. Jill and Jeremy now coach the Fury Platinum 18U team.

Jill’s favorite role, though, is as Crawford Higdon’s mother.