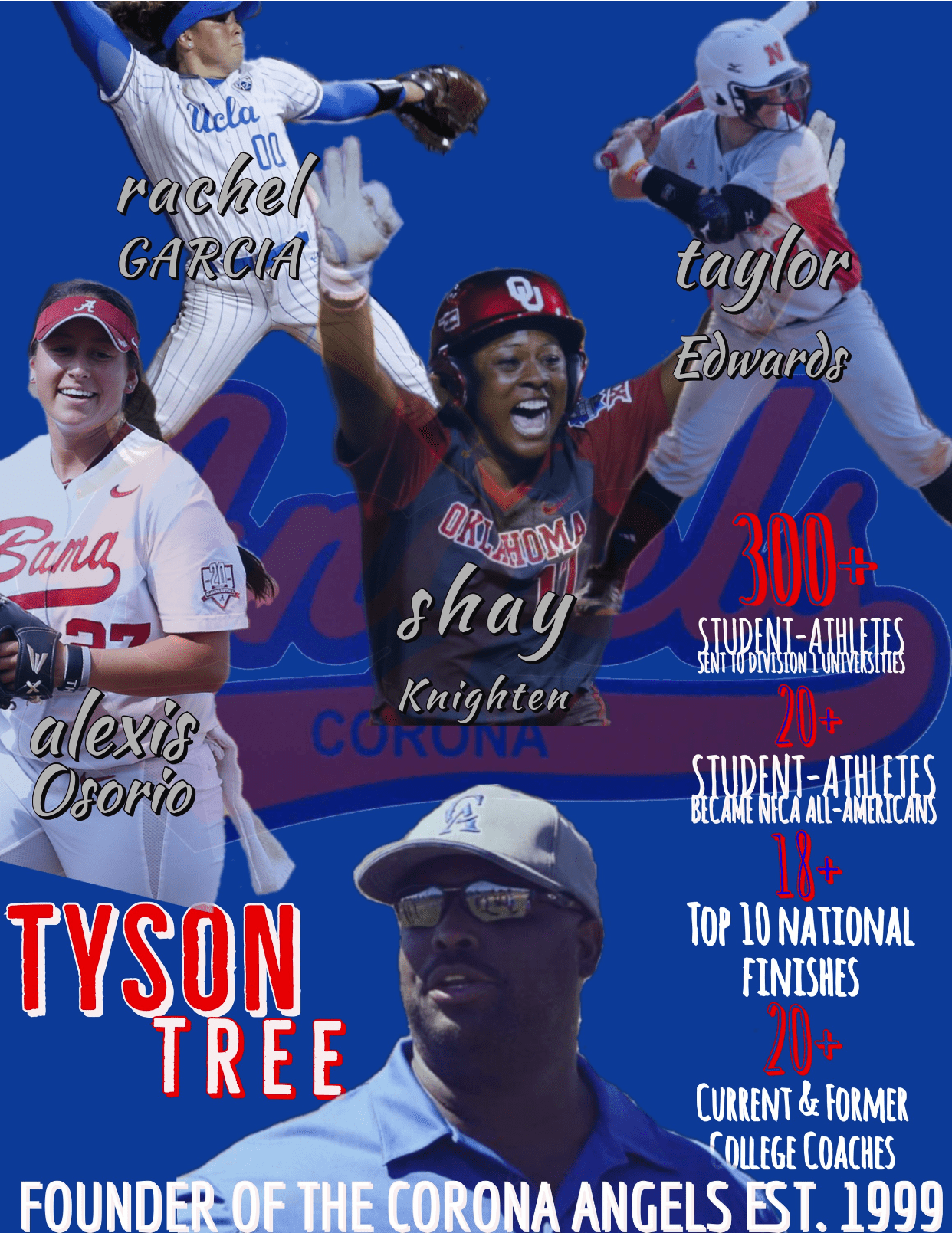 First year 18 gold ASA National being the final 4 and only California team left undefeated in bracket play, After moving up from 14U.

Marty graduated from Ontario High School, in 1983. Where he was drafted in the 11th round by the Chicago Cubs, June amatuer draft. After three years of minor league play, Marty moved on to play football at Riverside City College. After Junior College he moved on to continue his education at Cal State San Bernardino, In 1988 he began a career as a Correctional Officer for the California Department of Corrections. In 1998 Marty founded the Corona Angels Fastpitch Organization. The Corona Angels have become a National power, and sending Girls to some of the top programs in the country. Corona Angels have produced several All Americans and WCWS champions. Placing players on the Junior National, National team and Olympic Team. The Corona Angels have many National Championships in various age groups. His goal is to continue to grow strong productive young women on and off the field.

Marty has been married 36 years to his High school sweetheart Donna. The couple have four daughters, Dena, Victoria, Domonique and Dawna. Marty and Donna have four grandchildren JJ, Marty, Mychael, and Skyler. He has since retired from the Department of Corrections 2016 after 28 years of service.