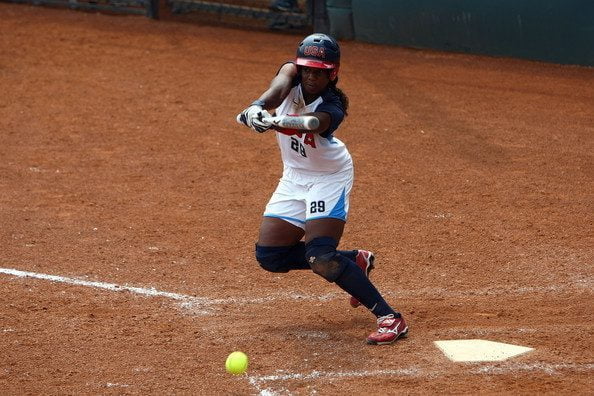 Winning WCWS in 2003 which was my senior season. My senior class was threatened to be the first class to go through UCLA and NOT win a championship. The experience I had that season taught me what the ingredients of a true championship was. This catapulted me into my olympic & professional career on having a championship mentality throughout the rest of my career.

Natasha Watley is a two–time Olympic Medalist, three-time World Champion, and the driving force behind the Natasha Watley Foundation, a community service nonprofit dedicated to introducing softball to the girls of the nation’s inner cities. More than simply teaching young women how to play the sport, her organization provides a positive alternative to the daily struggles faced by many girls in low-income households.

As a Four-time All American, Natasha joined the UCLA Athletics Hall of Fame after leading the Bruins to four straight Women’s College World Series and the NCAA Division 1 Softball Championship title in 2003. In 2004, Natasha played with America’s Olympic team, taking home a gold medal. In 2008, she competed again, winning a silver medal. When softball was removed from the Olympics after the 2008 games, she competed professionally with USSSA Pride and moved to Japan to continue competing. In her 8 years in Japan, she won 5 championships as a member of the Toyota Women’s Softball Team, a part of the Japan Softball League. Now in her 12th season, she is currently a coach for Team Toyota, and an MLB softball Ambassador. Recently Watley created Game Changers an online resource for triple threats as well as starting her own travel ball organization, Watley Crew.