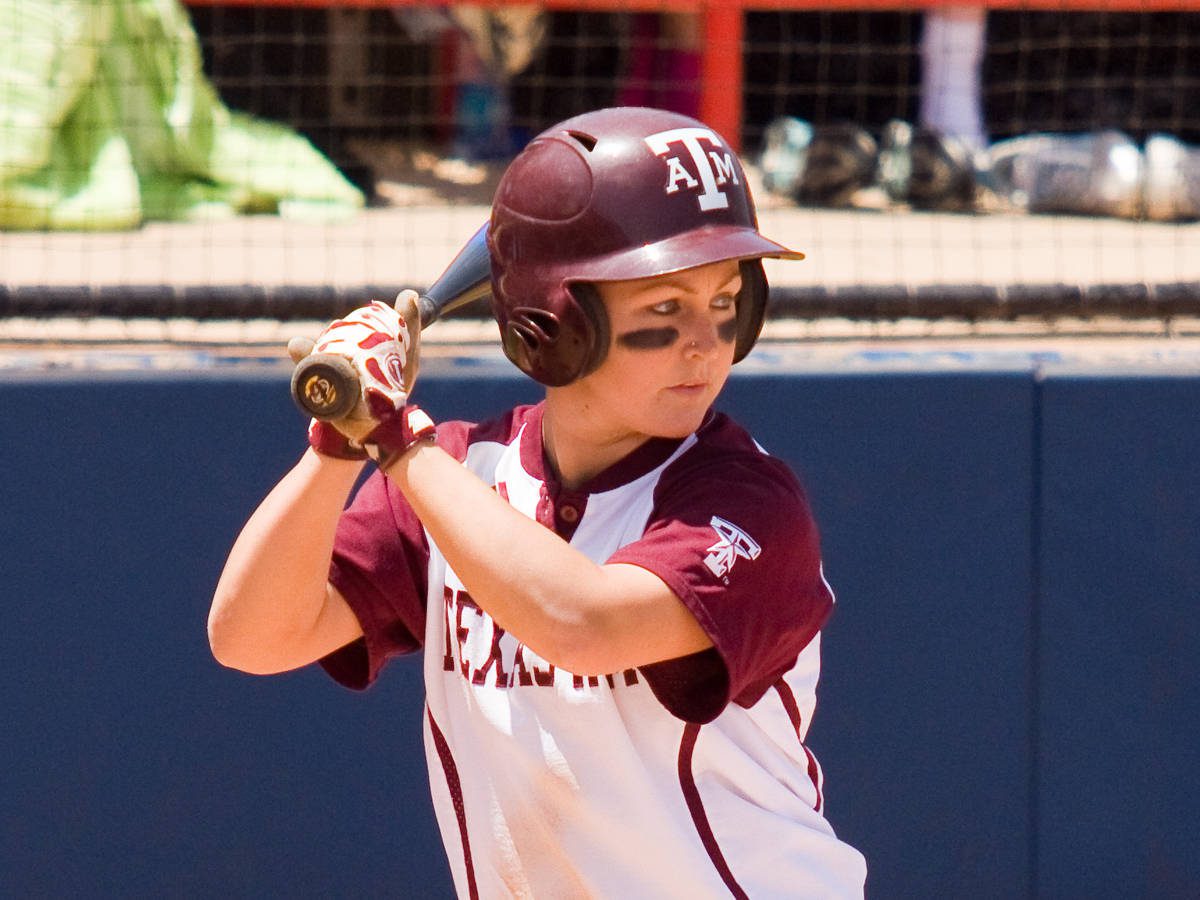 Leaving my cleats on home plate at Hall of Fame Stadium with my fellow seniors after we lost our final collegiate game in the WCWS National Championship. What I thought was my exit from softball was actually just the start of a new chapter.

Jami grew up a multi-sport athlete in a small town, Wharton, TX. When Jami got to High School she decided to move from baseball to softball. She missed her entire sophomore season after suffering an ACL injury in basketball and that’s when she realized her passion for softball was the strongest. Jami played her first year of travel ball with the Missouri City Magic her junior year and finished her high school career with the Impact Gold, capturing a 3rd place finish at ASA Gold Nationals in 2004. After graduating as Valedictorian of her high school, Jami signed to play softball at Texas A&M.

During her career at Texas A&M from 2005 to 2008, the Aggies won two Big 12 Championships, one Big 12 Championship Tournament, three NCAA Regionals, and two Super Regionals. She appeared in two Women’s College World Series. Her senior year, the Aggies lost the National Championship Series to Arizona State and Lobpries was named to the 2008 WCWS Team. Jami was a three time Academic Big 12 performer and a First Team Big 12 Outfielder in 2008. She graduated as the Distinguished Honor Graduate in the School of Education for Sport Management and went on to get her Masters Degree the following year.

Lobpries played four professional seasons in the National Pro Fastpitch League and coached collegiately for two seasons at Monmouth University. A passion for growing the sport led Lobpries back to Texas A&M to pursue her Ph.D in Sport Management. She taught Sport Management at the University of Tampa before accepting a position with USSSA to get back in the game. Jami spent five years at USSSA with the last two as the National Director of Fastpitch. She oversaw 30+ State Directors while leading national programming and events for 30,000+ youth teams and integrating professional players from the USSSA Pride in their grassroots programs.

Jami has two nieces – Kayden (7) and Blakely (4) – who add fuel to her passion for growing sport opportunities for girls. She also has a silver lab named Gunnar who makes special appearances in Zoom calls.