Alyssa Costillo Recognized as NEFL Player of the Month for February 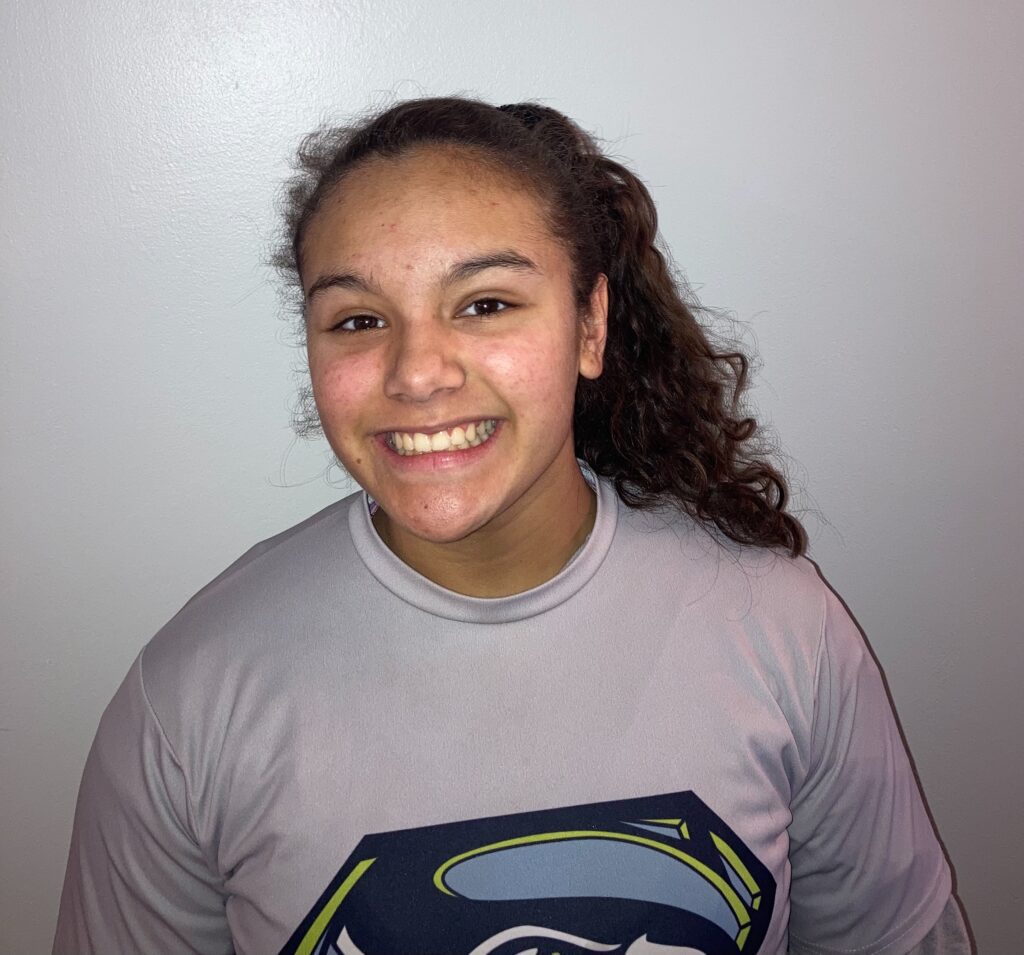 Alyssa Castillo Recognized as NEFL Player of the Month for February

The North East Fastpitch League (NEFL) is thrilled to announce Player of the Month, Alyssa Castillo, from Monroe, Connecticut. For the remainder of the 2021 Season, we will highlight top performing NEFL players in our different age groups.

2025 graduate, Alyssa Castillo is a passionate and powerful player who will be a big threat on the field this season as she represents the Connecticut Seahawks 14U. Alyssa is from Monroe, Connecticut an is currently in 8th grade.

She has truly loved the game from a young age as she started playing at 7 years old. Castillo explains she loves all aspects of softball, even practicing! Her passion grew for the game once it became more serious and competitive. Alyssa says “I currently play for a great travel program with some of the best coaches a player can ask for”. Her coaches helped sharpen her skills physically and mentally and it carries to more than just the game. Some outstanding stats for Alyssa include a .308 batting average, a .446 on base percentage and slugging at .538. This catcher and third basemen is definitely a player a coach wants to have in their lineup.

Castillo’s coach had amazing things to say about this young, talented ball player,  “Alyssa is a player who is fully committed to getting better each and every time she steps on the field. She has overcome adversity throughout the years and it has helped motivate herself and her teammates. She is willing to do whatever it takes to help her team find success, whether it is laying down a crucial bunt, blocking a wild pitch with any part of her body to keep runners from advancing, or swinging the bat and making contact to move runners. Her character and personality is a pleasure to have on the team. She’s a great teammate and has exemplified what a coachable athlete is.  Her commitment is not only on the field, but off the field, as well. She has excelled academically regardless of her rigorous schedule and is striving to study dentistry when she gets older.”

While her college commitment is unsure at the moment, Alyssa is interested in studying dentistry. She will be playing for a high school program that is ranked 22nd in the nation next year. She explains she is excited for continued success and the opportunity to be a great example for the players before her.

One of Alyssa’s favorite softball memories was this past season. She was at the plate bases loaded and with a full count she hit a grand slam over the left field fence. This was an exciting moment for her because this was also her first homerun!

Well done and Congratulations to Alyssa Castillo  from the Connecticut Seahawks 14U team for being recognized as the Player of the Month for the NEFL.