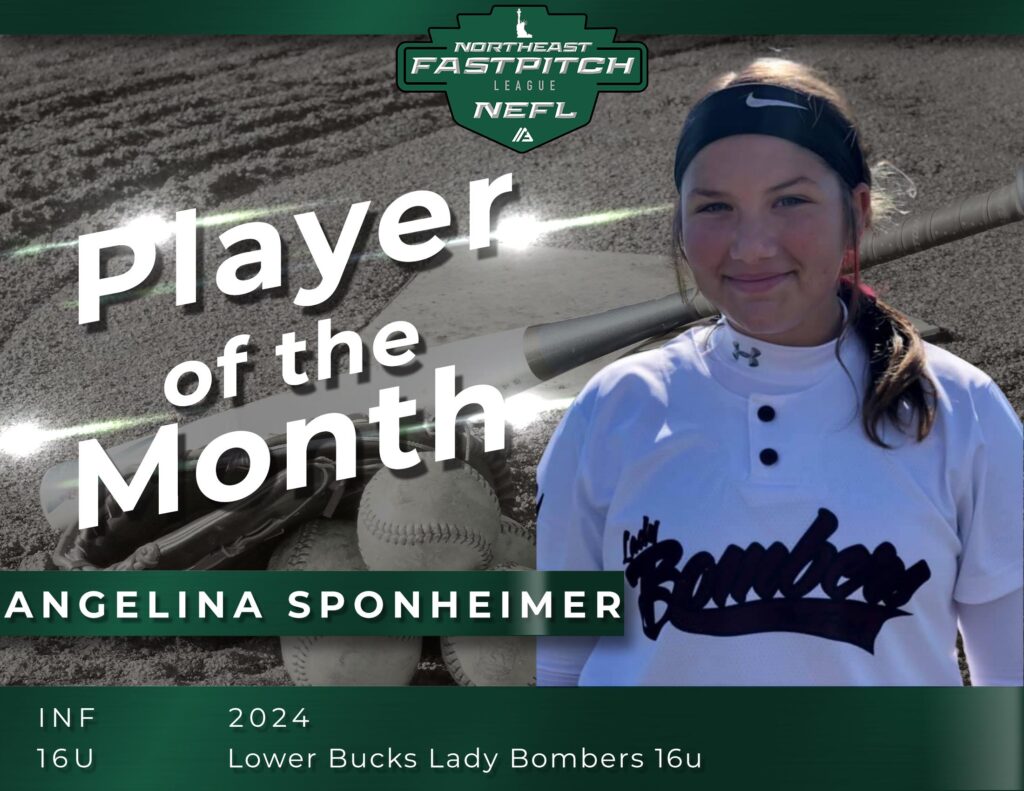 The Northeast Fastpitch League (NEFL) is excited to spotlight Angelina Sponheimer as the June player of the month. Sponheimer is an infielder on Lower Bucks Lady Bombers.

“The one thing that has always stood out to me is how smart of a player Lina is, she is constantly asking questions, pointing out little things and really understands the game. She understands the little nuisances which has really helped to elevate her game,” said her coach. “Lina is that player you want up in a big situation, she has this knack for an RBI, she’s is currently batting .443 with runners in scoring position.”

“I began playing softball in little league for our local recreation league, Bensalem Ramblers. When I was 10 I started playing travel softball for the Lady Bombers and still play for the organization,” she said. “Over the years we have won numerous tournaments and had success at Nationals, winning at 14u Eastern National Championship and finishing 2nd and 6th at 2 previous Eastern Nationals. This season we became a showcase team and challenged ourselves by playing some of the region’s top teams and it’s been fun to compete with the high level of talent. I also had a successful High School season making and starting Varsity as a Freshman, where I broke the school’s Freshman hit record and was named to PIAA Suburban One All League Team as an honorable mention.”

Angelina’s favorite softball member is during the Fall of 2017 when her team won their first tournament ever. It was a few weeks after her coach Drew Hacker, tragically passed away. It was a moment she will never forget and still to this day plays for Drew. From all of us at the Alliance and the NEFL, congratulations to Angelina Sponheimer for her achievements.