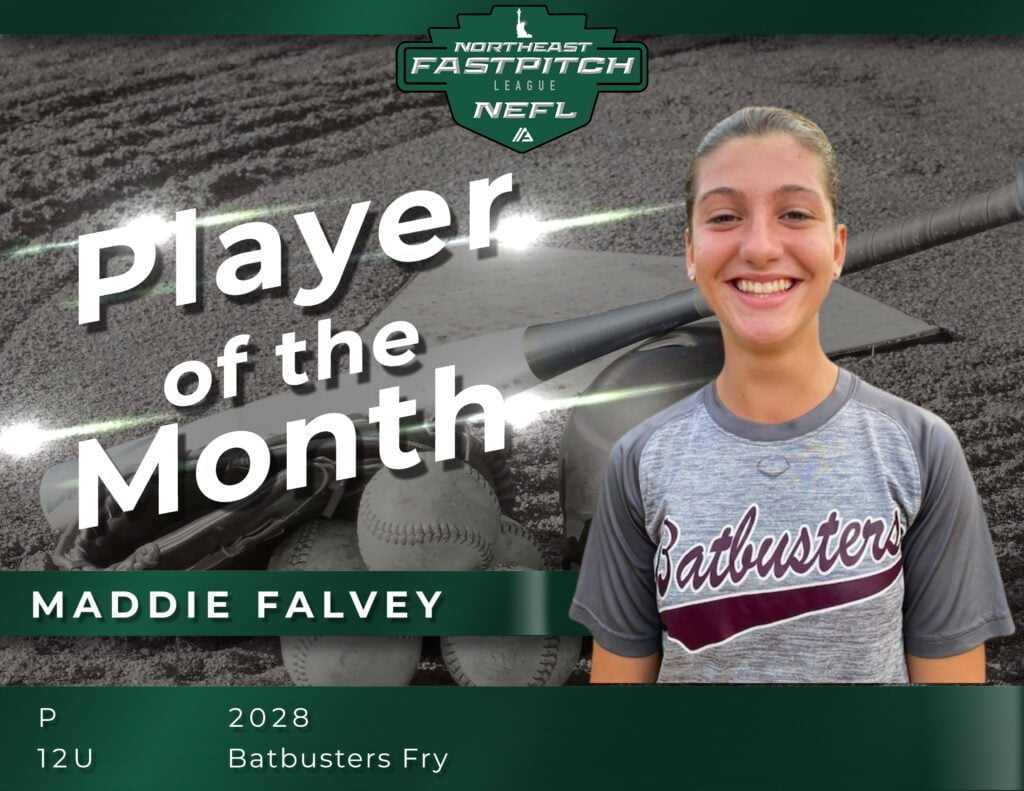 The Northeast Fastpitch League (NEFL) is excited to spotlight Madeline Falvey as the September Junior Player of the Month. Falvey is a pitcher on Batbusters Fry.

Falvey had a successful month in the circle and at the plate. The 2028 racked up a .511 batting average, 24 total hits with 4 doubles, 2 triples, and 1 home run.  On the mound, she secured 6 wins for her team with 55 strikeouts.

“Maddie is the consummate team player and is always willing to take the ball to pitch or play any position you ask her to,” said head coach Ken Fry. She is a team leader and works hard at every practice and never takes a play off. You can count on Maddie to show every day.”

Maddie followed in her mom’s footsteps and started playing softball from a young age. Her favorite softball memory is all of the friends she has made along the way.

From all of us at the Alliance and the NEFL, congratulations to Maddie Falvey for her achievements.