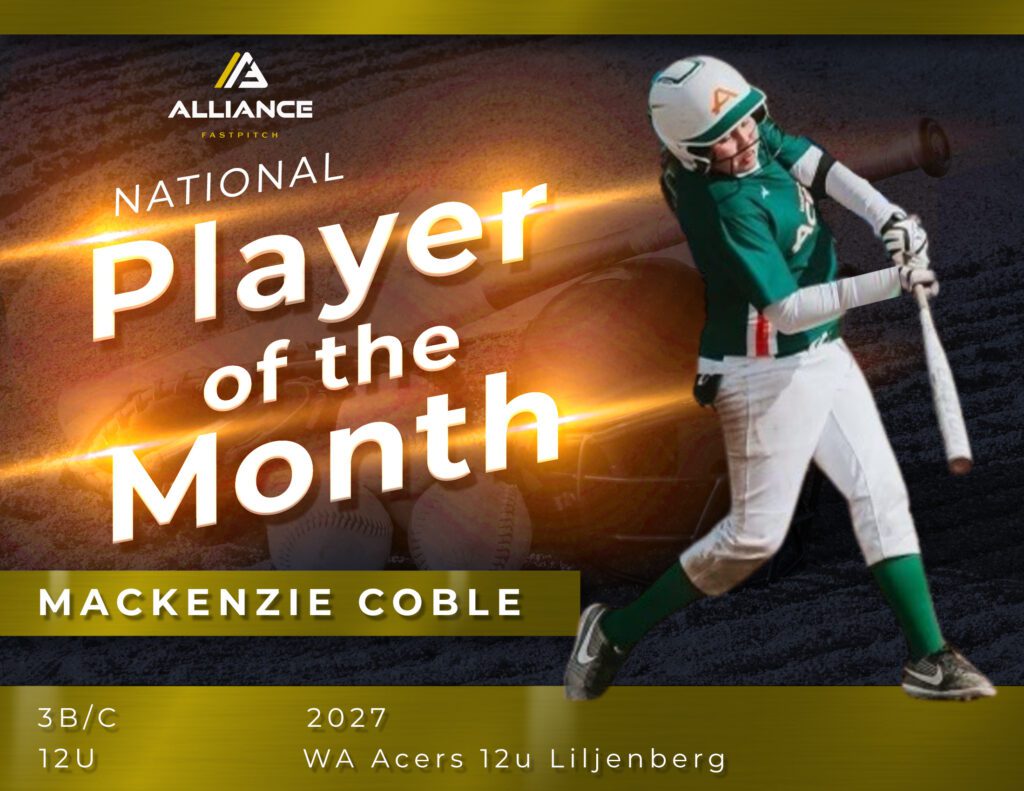 As part of the Alliance Fastpitch Player Recognition Program, we are excited to honor Northwest Fastpitch League (NWFL) third basemen/catcher Mackenzie Coble as the Junior National Player of the Month for her performance in September.

Coble racked up an impressive .833 batting average and 3 doubles. The 2027 also played impeccable defensive all while locking down the left side at the hot corner.

“Mackenzie is an instant sparkplug to the top of the batting lineup,” said coach Mark Liljenberg. “She has the back of every player on her team. Her work ethic and dedication to the sport make coaching and teaching Mackenzie a very easy process.”

Mackenzie has been an athlete from a young age. She started playing baseball at the age of just 4. “I played select baseball from 8u thru 10u as a pitcher and 1st base,” she said. “I switched to softball, and was a 2nd year 10u player where I switched to 3rd base. I currently play 3rd base and help catch for my team as needed.”

“My favorite softball memory is a tie – in 10u I had 2 home runs in one game, where one was a grand slam. My other favorite memory was from last season- I caught a line drive at 3rd and threw it to 1st for a double play that ended the Championship game and helped our team bring home the win!”

From all of us at the Alliance and the NWFL, congratulations to Mackenzie Coble for her achievements.