Kaimana Coleman named PCFL Co-Jr. Player of the Month for May 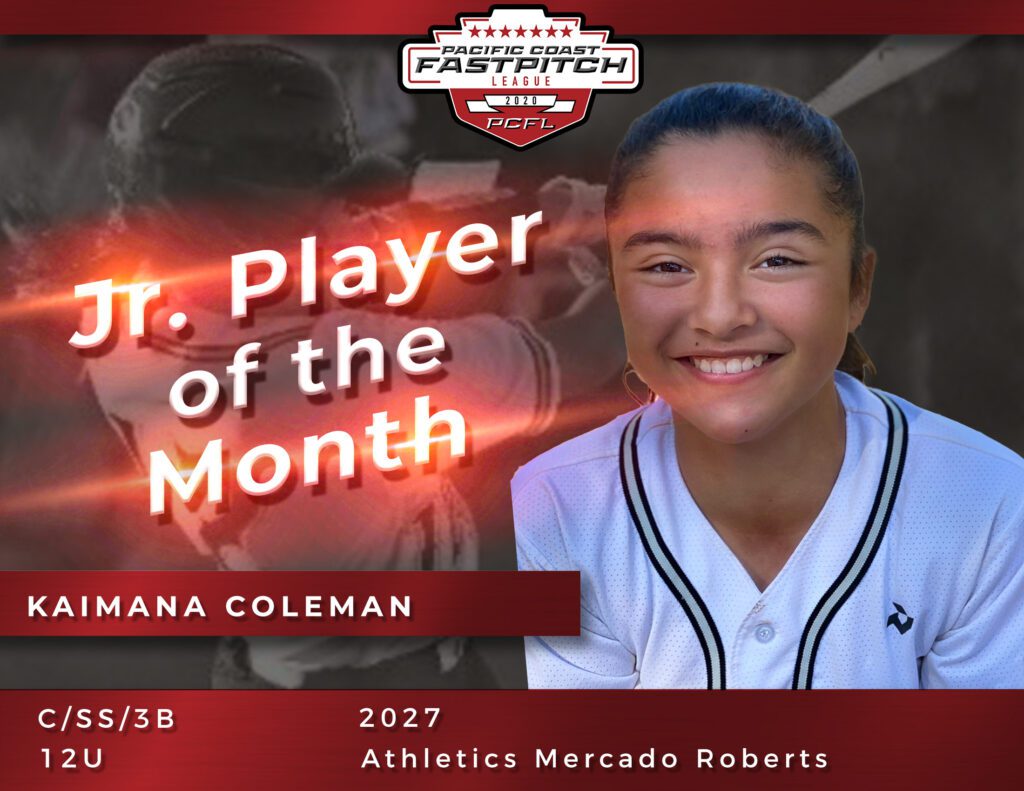 The Pacific Coast Fastpitch League (PCFL) is excited to spotlight Kaimana Coleman as May’s Co-Junior Player of the Month. Coleman is a catcher, SS, and 3rd baseman for the Athletics Mercado Roberts 12U.

“Kaimana is an incredible student, athlete, and leader,” said her coach.  “The combination of talent, hard work, and being a natural competitor are reasons to think she will continue to excel in the future. We look forward to seeing Kaimana continue her softball journey and be proud that she is being recognized.”

Kaimana Coleman Softball Story:
“I started playing when I was 6U in rec ball. In 8U, I wanted to pitch, but my 8U coach told my dad I’d be a good catcher, so I learned how to catch. After that year, I went up to 10U as a second-year 8U player and got better. I also love playing SS and 3rd base.”

Kaimana Coleman’s Favorite Softball Memory:
“My favorite softball memory happened during my first year at 12U. During this at-bat, I thought I had hit a deep pop fly, and as I watched the ball go over the fence. I was happy because this was my first home run over the fence. I was so excited that I jumped on home plate into the arms of my teammates.

Another big highlight was that my team qualified for the 12U Alliance Fastpitch Championship Series tournament in Oklahoma this year. We worked hard for that.”

From all of us at the Alliance and the PCFL, congratulations to Kaimana Coleman for her achievements.