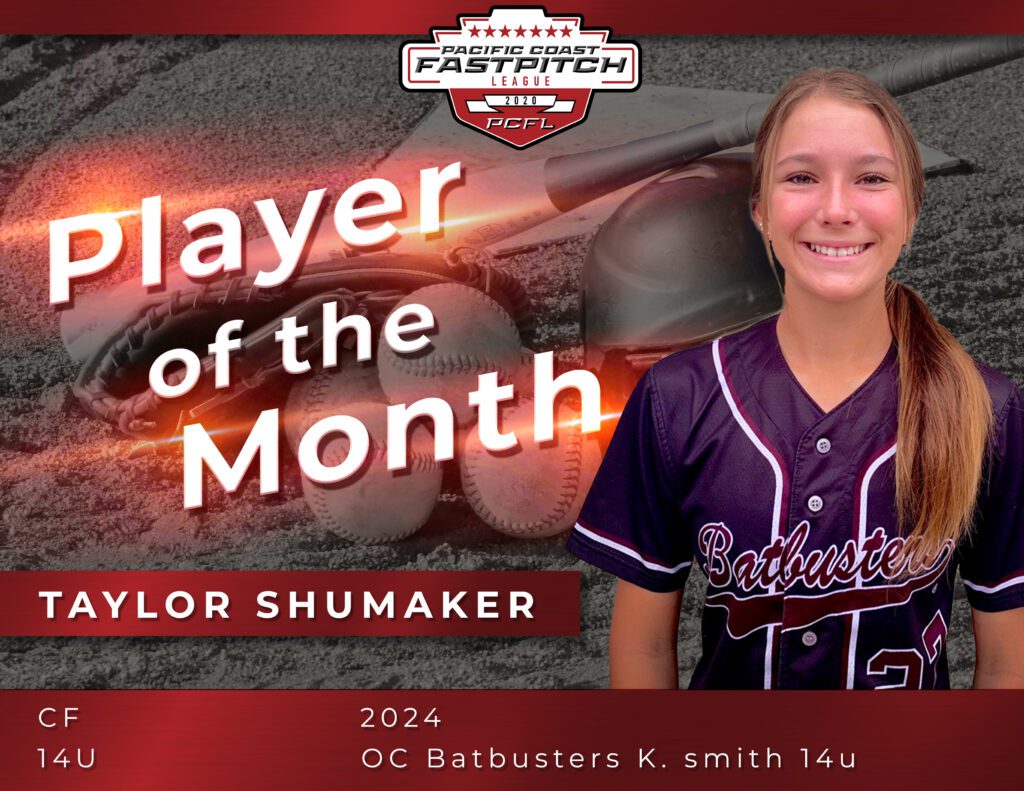 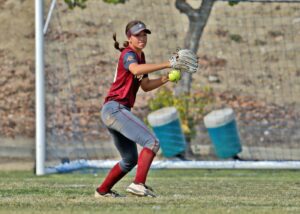 May 20th, 2021 – The Pacific Coast Fastpitch League (PCFL) is excited to spotlight Taylor Shumaker for April’s Co-Player of the Month in our Alliance Player Recognition Program. For the remainder of the 2021 Season, we will highlight top performing PCFL players in our different age groups.

Taylor plays CF for the 14U OC Batbusters K. Stith and will be graduating from Esperanza High School in 2024. She has been dominating in 2021 with some impressive stats. She has a.588 Batting Average and a .631 On Base Percentage. In 97 at bats, Taylor recorded 57 hits, including 12 doubles, 6 triples, 11 homeruns, 42 RBIs, and 13 walks. As she is killing it at the plate, be sure to be on the lookout for her as the season continues.

Her coach talked to us about how much Taylor has impacted the team, “Taylor has been a big competitor for our team at the plate all year. What separates her is that she wants the bat in her hand in big moments and has the confidence to produce in any situation. She strives to never be satisfied and is now beginning to truly understand the results she is capable of, which makes her hungry to work harder than ever before. Although she has put up big numbers offensively, she is also a tremendous center fielder for us and has made several big plays. Expect to see many more “big” results from Taylor this year and throughout her career”.

Taylor Shumaker is from Fullerton, California and is still in the process of being recruited for college. We look forward to watching her grow as she continues to advance. 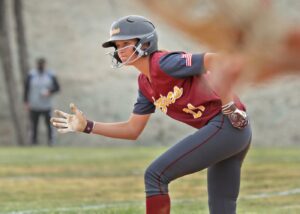 Shumaker talked to us about how she got started in the game, “My name is Taylor Shumaker, and I am 15 years old. I started softball when I was 4 years old. I have always played up for my age and was always the smallest kid on the field. Growing up my dad always coached me. He is one of my biggest influences on and off the field. I grew up playing at Fullerton Hills and went through rec teams, all-star teams, and even some select teams. When it came to the end of my first year of 10u a coach had reached out to me and said he wanted me to come play travel. After a couple years I realized how serious this sport got for me and that I really wanted to go far. I joined the Batbusters with Coach Toni Mascarenas and loved the Batbusters instantly. Softball has been a gateway for me to express myself, meet new friends, learn more about myself, and has even influenced me to be the best I can be on and off the field”.