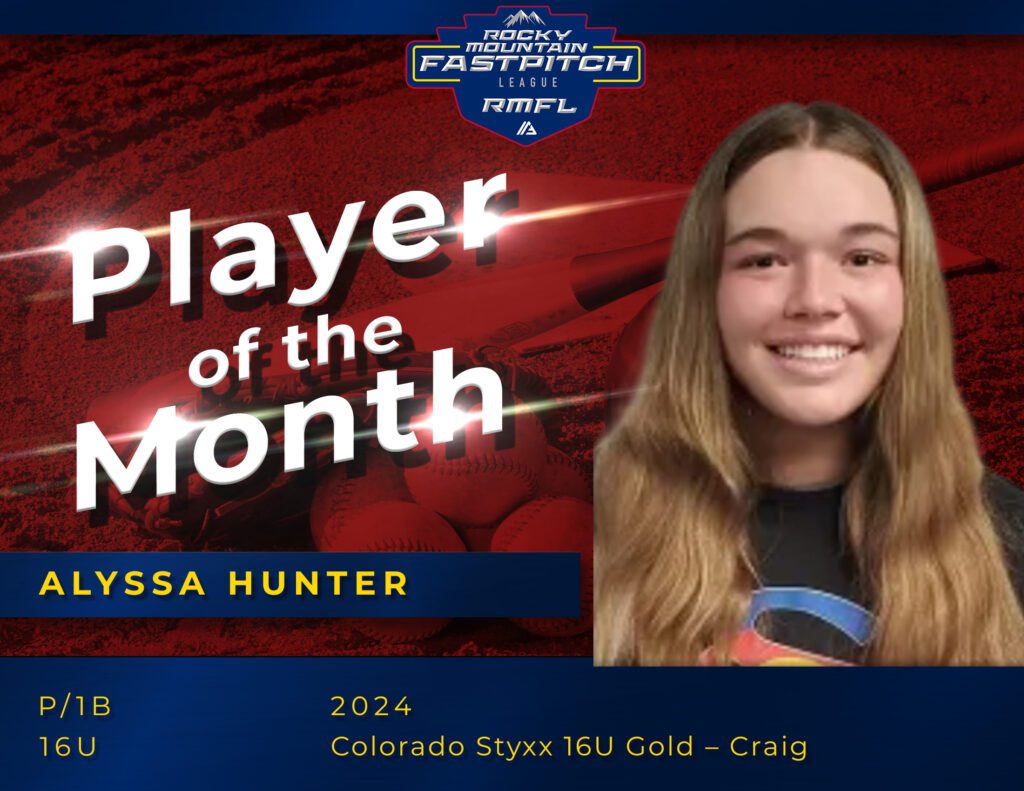 The Rocky Mountain Fastpitch League (RMFL) is excited to spotlight Alyssa Hunter as the October player of the month. Hunter is a 2024 on Colorado Styxx 16U Gold – Craig.

Hunter posted a .545 average in the month of October. Along with her impressive average she racked up 12 RBIs and 3 homeruns.

“Alyssa is a new player to the Styxx org. and my team,” said coach Craig.  “However, as most of us coaches do, we talk to each other, and Alyssa was recommended highly from a coach I highly respect.   After watching her demeanor and play on the field, I knew she would be a highly productive player.  a “no brainer” if you will.  Alyssa has extreme softball knowledge, and a presence both on the mound and the plate that will always make her a threat on either side of the game.   This may be her first year with this team, but it won’t be her last.  I can’t wait to help her find her school and sign her NLI.”

“The love of the game started at a young age,” Hunter said.  “As soon as I picked up a ball, I knew it was a feeling that would last a lifetime.   I started out playing t-ball and continued to grow and I found my passion. I’ve been playing for about 13 years now and I couldn’t be happier for the game that found me.”

“My favorite softball memory was hitting the game winning grand slam in the championship game with 2 outs and a 3-2 count. There really is no better feeling.”

From all of us at the Alliance and the RMFL, congratulations to Alyssa Hunter for her achievements.