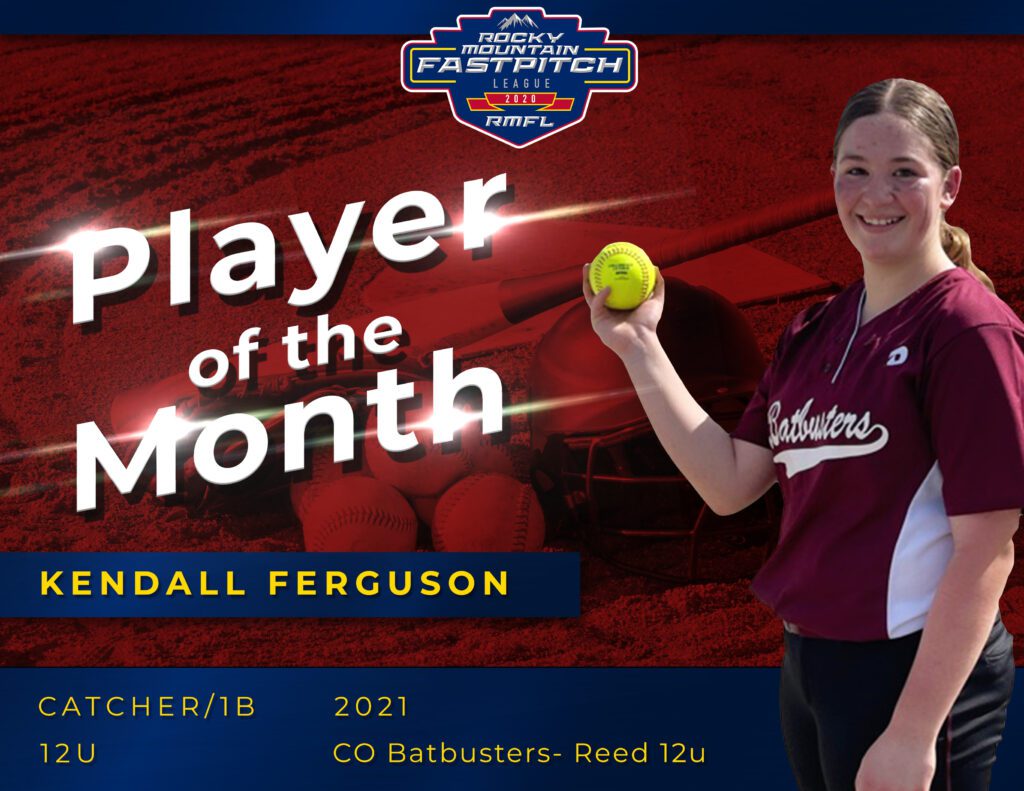 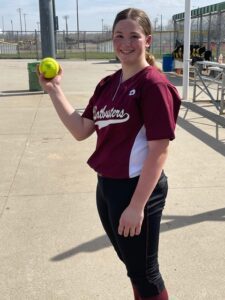 The Rocky Mountain Fastpitch League (RMFL) is excited to spotlight Kendall Ferguson as the Jr.’s April player of the month. Ferguson is a first baseman and catcher on Colorado Batbusters – Reed 12A.

In April, Ferguson hit three singles and three doubles. She also brought in six runs. She posted a .667 batting average, an OBP of .727, an OPS of 1.272, and a 1.000 slugging percentage in nine at-bats. She also had one stolen base.

“Kendall has emerged as a strong leader for our ball club,” coach Todd Reed said. “Her presence behind the plate and inside the batter’s box is second to none. She has a great approach at the plate and has the ability to hit the ball hard to all fields.”

Ferguson started playing softball when she was nine years old and living in Fairbanks, Alaska. She moved to Colorado three years ago and joined a club team. “When I began playing softball I mostly played first base,” Furgeson said. “Two years ago I started catching and I really enjoy it. I love playing with Batbusters because of my teammates and coaches.”

Ferguson’s favorite softball memory is the time she hit her first over the fence homerun. “I hope that when I finish high school I get an opportunity to play college softball in the NCAA,” she said.

Colorado Batbusters – Reed 12A is currently in first place in the 12U RMFL standings. The team went 5–1 in two April tournaments.

From all of us at the Alliance and the RMFL, congratulations to Kendall Ferguson for her achievements.