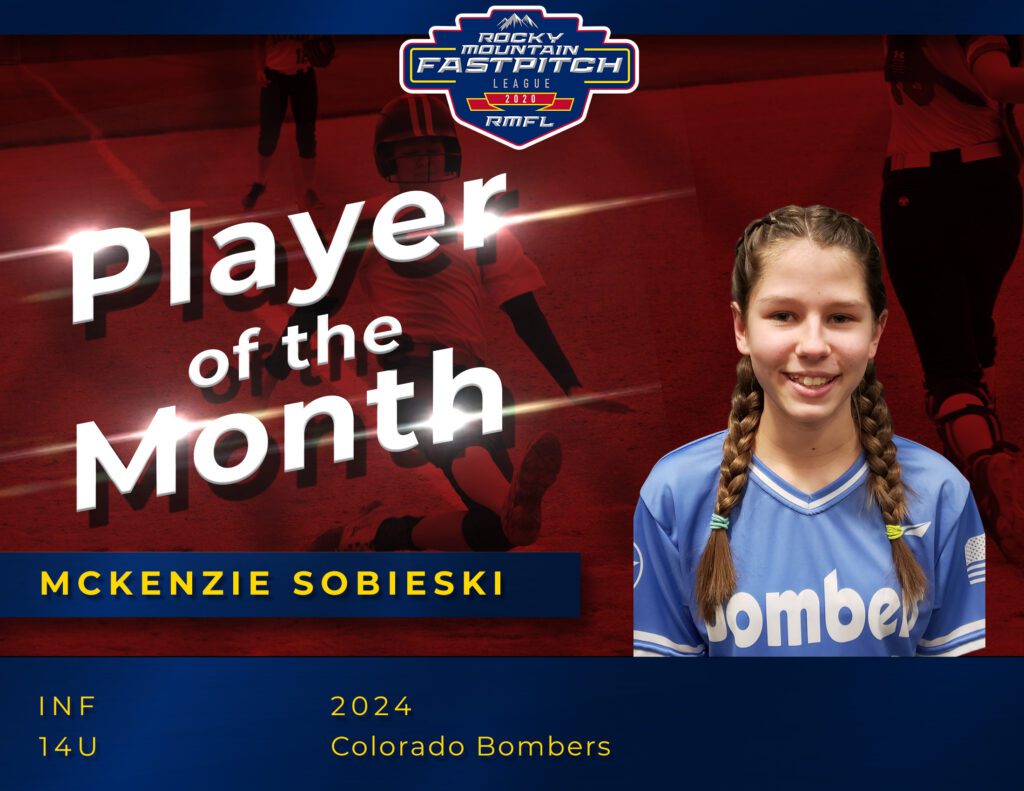 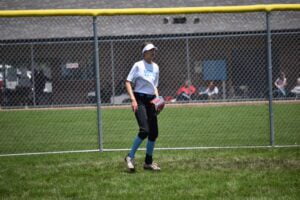 The Rocky Mountain Fastpitch League (RMFL) is excited to spotlight Makenzie Sobieski as the June player of the month. Sobieski is a center fielder on Colorado Bombers 14U.

In June, Sobieski recorded a .548 batting average in 42 at-bats. She hit 17 singles, five doubles, and one triple.

“Makenzie is a smart player,” coach Jeff Dunning said. “You can see that in the stats — she had a lot of base hits, but when the defense cheats up she can still drive the gaps. She always has a plan for each at bat, which is why she is so successful.”

She stole two bases and collected six RBI. Sobieski posted an OBP of .596, an OPS of 1.31, and a .714 slugging percentage. The Colorado Bombers 14U earned a Tier II berth to the Alliance Fastpitch Championship Series at the Rocky Mountain Super Regionals.

She started playing softball when she was eight years old and joined a local team. “I soon fell in love with the sport and just kept working to get on better teams,” she said. 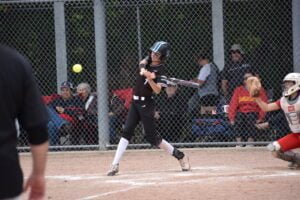 Sobieski’s favorite softball memory is from when she was 10 and made her first diving catch. “It was the final out to end a championship game and the whole team sprinted out to congratulate me. I remember barely catching the ball, it was a snow cone in my glove,” she said.

From all of us at the Alliance and the RMFL, congratulations to Makenzie Sobieski for her achievements.