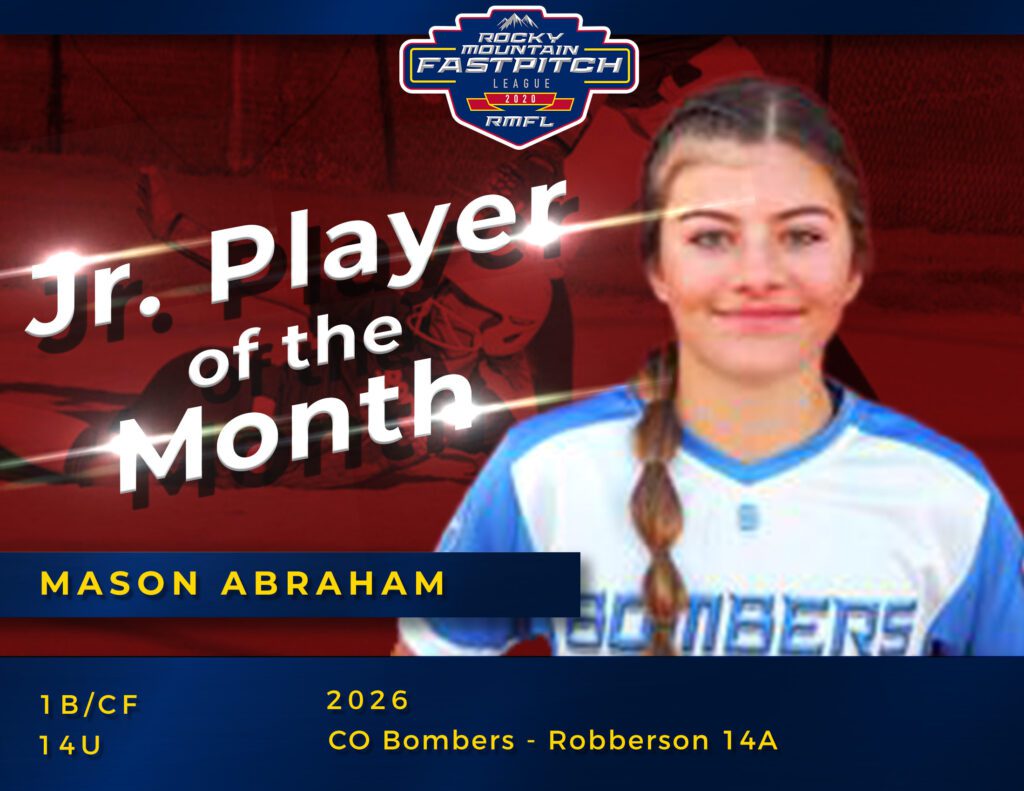 The Rocky Mountain Fastpitch League (RMFL) is excited to spotlight Mason Abraham as April’s Co-Junior Player of the Month. Abraham is a 1st baseman and center fielder for the CO Bombers-Robberson 14A.

“It is no surprise at all that Mason has been recognized as the RMFL Junior Player of the Month,” said head coach Heath Robberson. “She is a player that finds a way to get it done every single time she has the opportunity. Be it a timely hit or a clutch defensive play, she always manages to rise to the occasion. She is the youngest player on our roster, but you would never know while watching her play, her instincts and knowledge of the game are at the level of players much older than she is. I do not have enough words to describe how much I enjoy coaching and watching Mason play the game. Her love for the game and desire to make the play are an inspiration to everyone associated with this team.”

“I played t-ball and baseball when I was little and switched over to softball when I was about seven,” said Abraham. “I started out as a pitcher but grew to love first base, I always want to be in the action and once I got to a level where girls could hit to the outfield I learned I love playing out there too.   I have played club ball for as long as can remember and appreciate the experience I am getting at this highly competitive level.  I get excited to play with my teammates every single time we step on the field.”

From all of us at the Alliance and the RMFL, congratulations to Mason Abraham for her achievements.