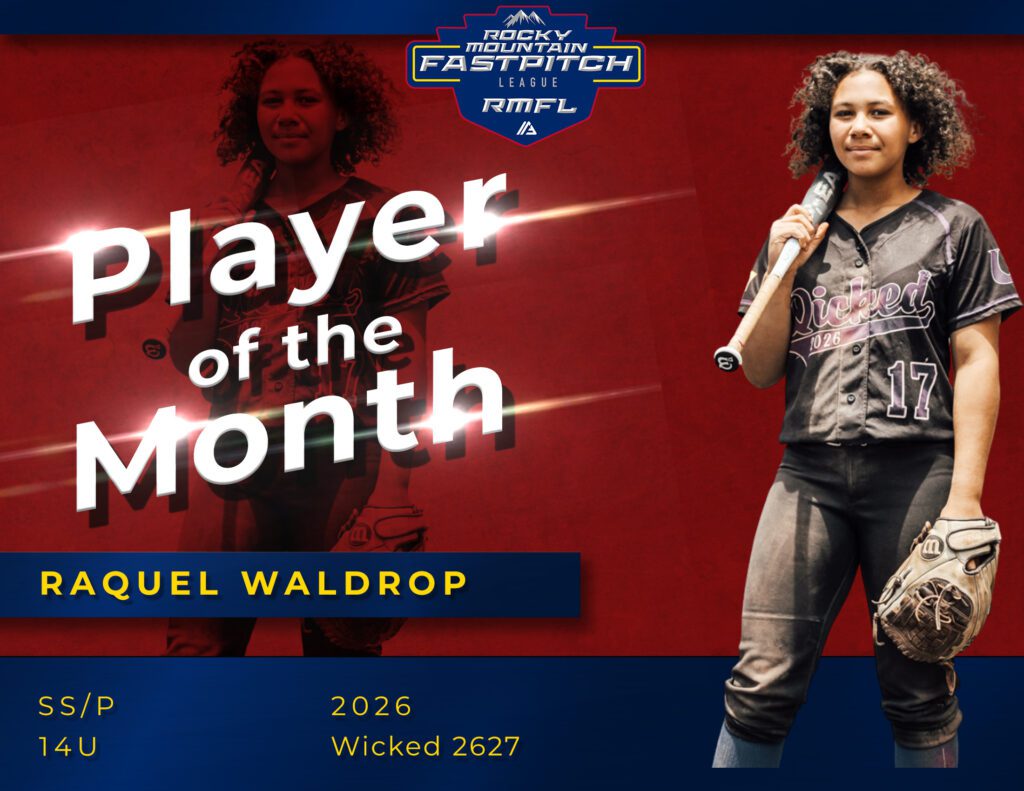 The Rocky Mountain Fastpitch League (RMFL) is excited to spotlight Raquel Waldrop as the September Player of the Month. Waldrop is a pitcher/shortstop on Wicked 2627.

“Raquel is an athlete, competitor and great teammate,” said coach Anthony Valentin. “This thirteen-year-old has been pitching for us as we have been playing up in the 18U division and outperforming girls four years her senior. She’s fast, strong and always smiling.”

“I started playing softball when I was 7 at East Mountain Little League and played softball and soccer until I was 9 years old,” she said.  “My parents wanted me to focus on one sport and made me choose between soccer and softball. I decided to only play softball. I started club ball with a different organization and ended up on Wicked 2627 team where I have been able to grow within the team that has talented players that help me want to succeed at a high level.”

“My favorite softball memory would have to be when I hit my first home run when I was 10 years old. It was a freezing night in Las Cruces, NM and my teammate Jordan Chavez hit a ball deep to the outfield and hit the fence. I was up to bat next, and was struggling that night hitting and the team we were playing put in a new pitcher. I stepped up to the plate and on the first pitch hit the ball deep to left field. It ended up clearing the fence! I was so excited we ended up winning that game.”

From all of us at the Alliance and the RMFL, congratulations to Raquel Waldrop for her achievements.