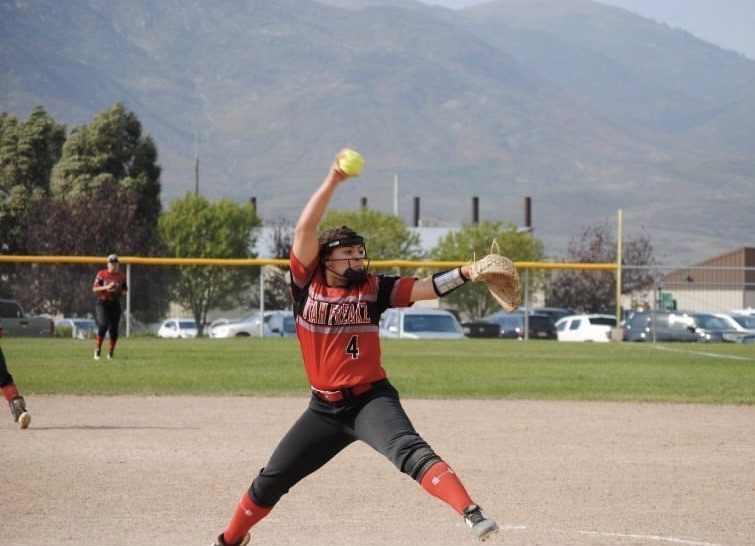 Chloe Borges, a pitcher for the Utah Freakz, started playing softball when she was seven years old. Her uncle told her she had “softball legs.” She has been a pitcher for the Freakz for the past five years and she also pitches for Riverton High School.

Borges is a senior and she will continue her academic and athletic career at the University of Hawaii. She is considering pursuing dentistry or nursing. 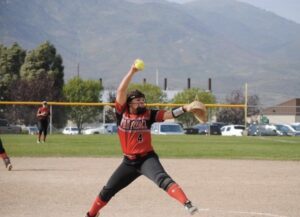 “Everyone always told me that I was too small to play Division I softball,” Borges said. “I told myself that I wasn’t, and I was going to get there someday. I just had to work hard for it.”

Utah Freakz coach Roger Nyman describes Borges as a team leader and captain. He said the other players often look to Borges as an example.  “She’s a workhorse,” he said. “She’ll throw 15 games in a day if she has to, that’s just the way she is.”

Borges was drawn to pitching because she wanted to be in control of the game. When it came to deciding if she wanted to pitch or catch, she realized that she liked pitching the most, and she wouldn’t “get beat up as bad” in the circle as she would behind the plate.

Her go-to pitch these days? Her drop ball. “If I’m behind in the count, or I really need a strike, that’s what I’ll throw,” she said. “It’s coming in hot, and then it moves, so it’s a lot harder to hit. So it just keeps the hitters off balance.”

Borges was named the Riverton High School March Athlete of the Month. As of April 12, she struck out 42 batters in 26 innings and posted a .797 ERA. At the plate, she is batting .526.

“I like being involved in the game, whether it be on the mound or in the box,” she said. “I just feel like that helps me do my part to help win the game, and just be there for my team.”

Borges will still have one more year of 18U play left after her freshman year of college, and she plans to rejoin her Freakz teammates for the summer of 2022. She credits them with supporting her and they enjoy spending time together off the field.

“Outside of softball, we’re always together,” she said. “After practice we go get dinner, hang out as a team, and we’re always really supportive of one another.”

Borges and the Utah Freakz are currently in 7th place in the 18U RMFL standings.