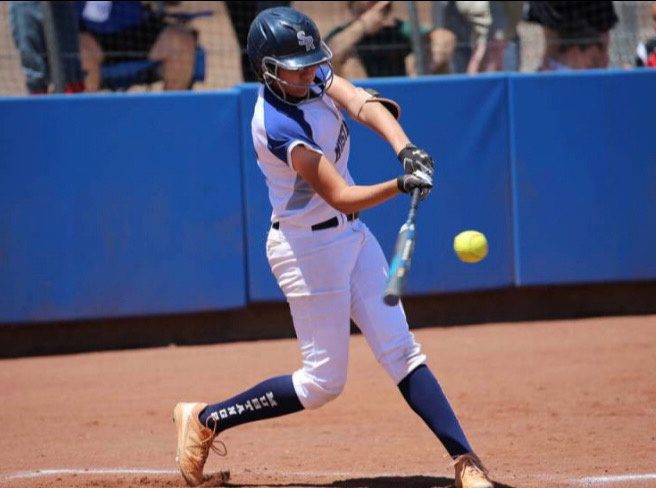 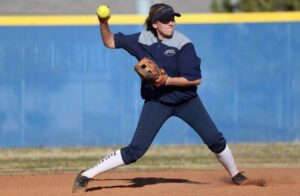 Hailey Morrow, member of the Lil Rebels, grew up with sports and began playing softball when she was ten. She quickly transitioned from playing on a recreational team to playing with a travel club, and now she plays both high school softball for Shadow Ridge High School in Las Vegas and club softball with the Rocky Mountain Fastpitch league’s Lil Rebels.

Morrow is currently a junior, and she plans to continue her playing and academic career at Brigham Young University. “BYU has an awesome environment, awesome fans, great coaches and teammates, and just great people all the way around,” she said. “I’m excited to play for a school that will make me a better player but also a better person.”

Morrow has spent most of her career playing shortstop, and says that’s her favorite spot on the field. As she got older, she realized that the more diverse she was, the more she could contribute to the team; she now also plays second and third base.

Lil Rebels head coach Gordie Mark has coached Morrow for about two years. He describes her as an all-around player, but he also sees her as one of the team’s leaders. The team is pretty young, with only two seniors this year, so Morrow has already stepped into a leadership role among her teammates.

“She has great hands, great range, moves well, runs well, hits for average, hits for power; she’s an all-around player,” Mark said. “I know what to expect from Haley. You get the same effort, same leadership every time out.”

One of Morrow’s favorite softball memories is from her freshman year in high school when she made the varsity team. That year, Shadow Ridge made it all the way to the state tournament.

Morrow also credits her family, friends, teammates, and coaches for supporting her softball career and helping her get to where she is now.

“I’ve learned that there are always going to be people who are a bit better than me, who are bigger, stronger, but I’ve been around people who’ve taught me that no one should ever be able to out work you,” she said. “That’s something that I take with me every time I step onto the field or anywhere in life is that I’m going to work my hardest, every single play, and never take a second off.” As much as she loves the game, Morrow says softball has also taught her lessons she will take with her for life.

“Softball is more than just a sport,” Morrow said. “It teaches life skills. I’ve been in a lot of pressure situations, and I know that’s how life is, and how life can be at times. Softball has given me confidence and has taught me hard work, and how to be a team player. Softball is a team sport, and I want to be remembered as someone who was a good teammate.”

The Lil Rebels are currently in 4th place in the 18U RMFL standings.