Shalee Trujillo named RMFL Co-JR. Player of the Month for May 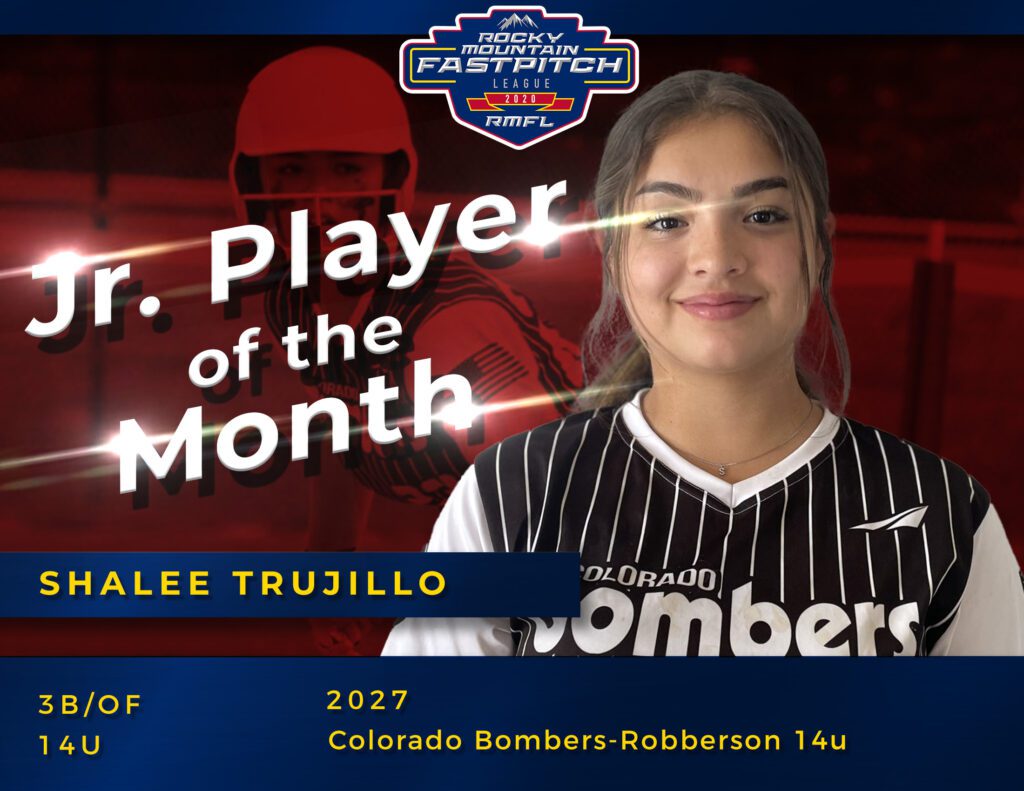 The Rocky Mountain Fastpitch League (RMFL) is excited to spotlight Shalee Trujillo as May’s Co-Junior Player of the Month. Trujillo is an outfielder and 3rd baseman for the Colorado Bombers-Robberson 14uA.

“Shalee joined our roster this season, moving up from a younger team with determination knowing that she could challenge herself to play with older girls,” said coach Robberson. “Though I knew she was very good, I have been beyond impressed with the poise and maturity that she has shown while establishing herself as a starter on a very competitive older team. Her defensive confidence and knowledge of the game have made us better as a team. In addition to her defense, Shalee has made the adjustment at the plate and is delivering in key moments offensively.”

Shalee Trujillo’s Softball Story:
“I started playing T-ball when I was 4 yrs old, went on to play Rec Softball till I was about 10 and started to play competitively after that. Playing at the next level has pushed me in many ways as an athlete and I’m blessed to be a part of the Bomber Organization, my teammates is who I look up to and I am grateful for them! When I’m not practicing with my team, I’m practicing with my older brother’s baseball team as well. I’ve enjoyed pitching, 1st base and outfield but 3rd base is where it’s at. I really enjoy playing the hot corner! I love when my coaches and teammates pump me up when I make those line drive bang-bang plays or crashing the corner to stop a great bunt, it’s a great feeling!”

From all of us at the Alliance and the RMFL, congratulations to Shalee Trujillo for her achievements.