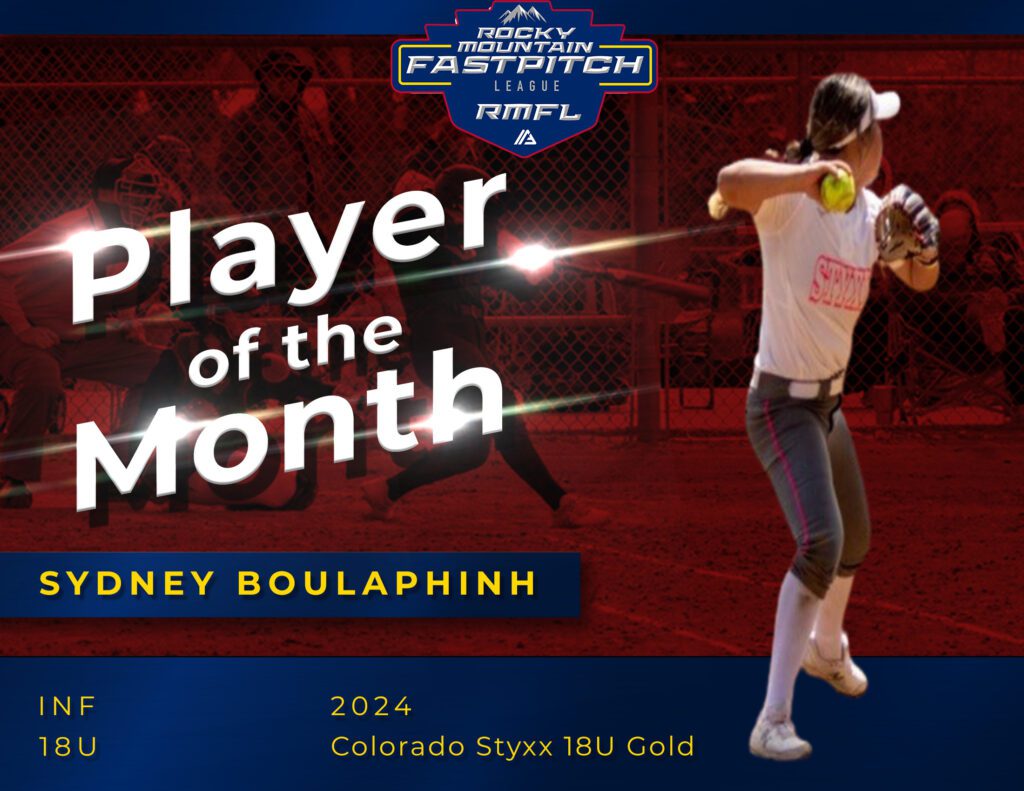 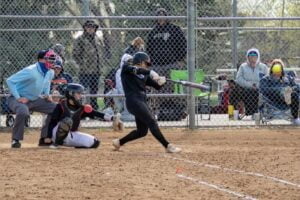 The Rocky Mountain Fastpitch League (RMFL) is excited to spotlight Sydney Boulaphinh as the June player of the month. Boulaphinh is a shortstop and third baseman on Colorado Styxx 18U Gold.

“Sydney is an extremely hard working player,” coach Pablo Severtson said. “Sydney is a great teammate and her softball IQ is extremely high. I’m looking forward to how good she’s going to become.”

“I grew up spending many weekends at my brother’s baseball tournaments, playing wiffle ball with him and his friends,” she said. “When I was 12, I decided I wanted to try softball. Once I was able to step on the field myself, I immediately fell in love with the sport.” 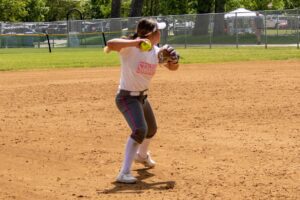 She hasn’t looked back yet. The Colorado Styxx 18U Gold earned a Tier I berth to the Alliance Fastpitch Championship Series.

In the future, Boulaphinh hopes to continue her softball and educational career at a big school with strong academics.

From all of us at the Alliance and the RMFL, congratulations to Sydney Boulaphinh for her achievements.