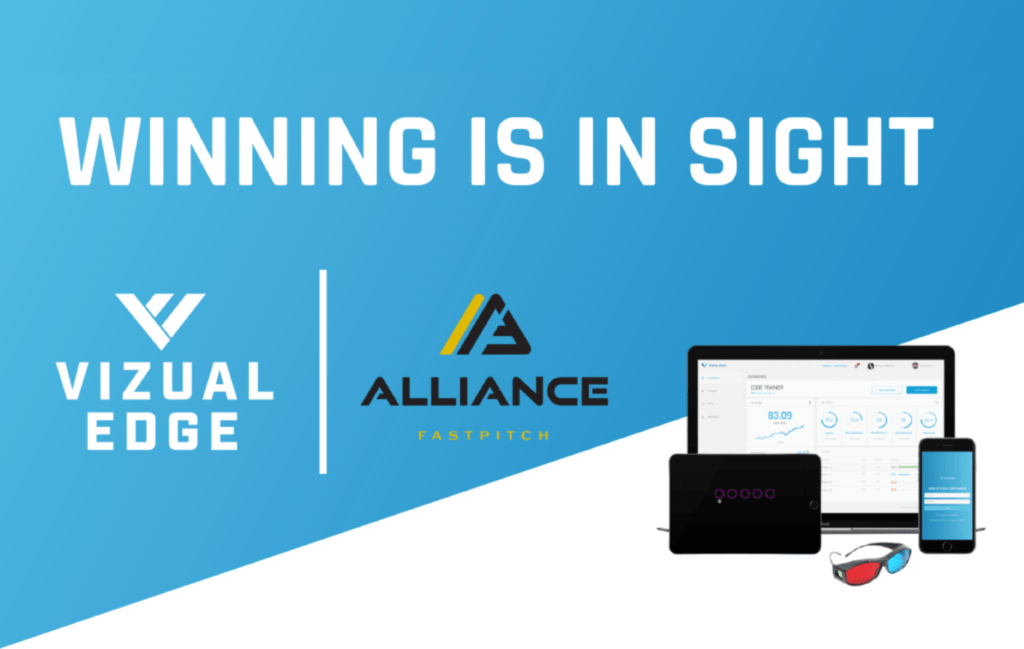 Two RMFL teams, Colorado Batbusters 06 and Utah Freakz 12U are participating in the Vizual Edge pilot program. The program includes 12 Alliance Fastpitch teams from across the country. It began in late April and will run for six weeks.

The Alliance Fastpitch announced its partnership with Vizual Edge in April. Over the past 15 years, Vizual Edge has developed its Edge Trainer program — an online software that works on an athlete’s core six visual skills. The partnership allows Alliance athletes to access the trainer.

“Just being able to add in something different with the vision has been great,” Colorado Batbusters 06 coach Chad Burgess said. He is running out of ideas for other visual training exercises, and the players can all do these from home.

The training all takes place virtually, on the user’s smartphone. Some exercises require them to wear special glasses from Vizual Edge.

The participants in the pilot program are expected to use the software three days each week, for at least fifteen minutes per session. Once they finish their sessions for the week, there are additional “open gym” exercises in the program for the players to complete. On game days, there are also exercises for them to do as warm-ups.

This program wouldn’t be complete without some friendly competition. Each week, The Alliance highlights some of the players who are at the top of the leaderboards for certain drills or challenges. Batbusters 06 Isabelle Ervin won the week one convergence training challenge.

Both Burgess and Utah Freakz 12U head coach Chris Leary are doing the training along with their players. Leary completed the most training sessions of all participating coaches. To remind his players to do their training, Burgess puts it on his team’s calendar for the days they don’t have practice.

After just three weeks of using Vizual Edge, Leary said his player’s batting averages were increasing, and the girls were noticing.

“I can really see the ball so much better than I could before,” Freakz player Addi Thompson said. “Normally, I’d be like, ‘uh-oh, here comes a changeup’ and now I can totally see it right out of the pitcher’s hand.”

Grace Leary, another Freakz player, said the Vizual Edge training has helped her pick up the spin of the ball and she is now better able to assess where the pitch is going to go. Both Leary and Thompson said it’s improving their fielding as well. They are better able to track the spin on a ground ball or decide whether or not they should dive to catch a flyball. As a team, the Freakz completed the most training sessions.