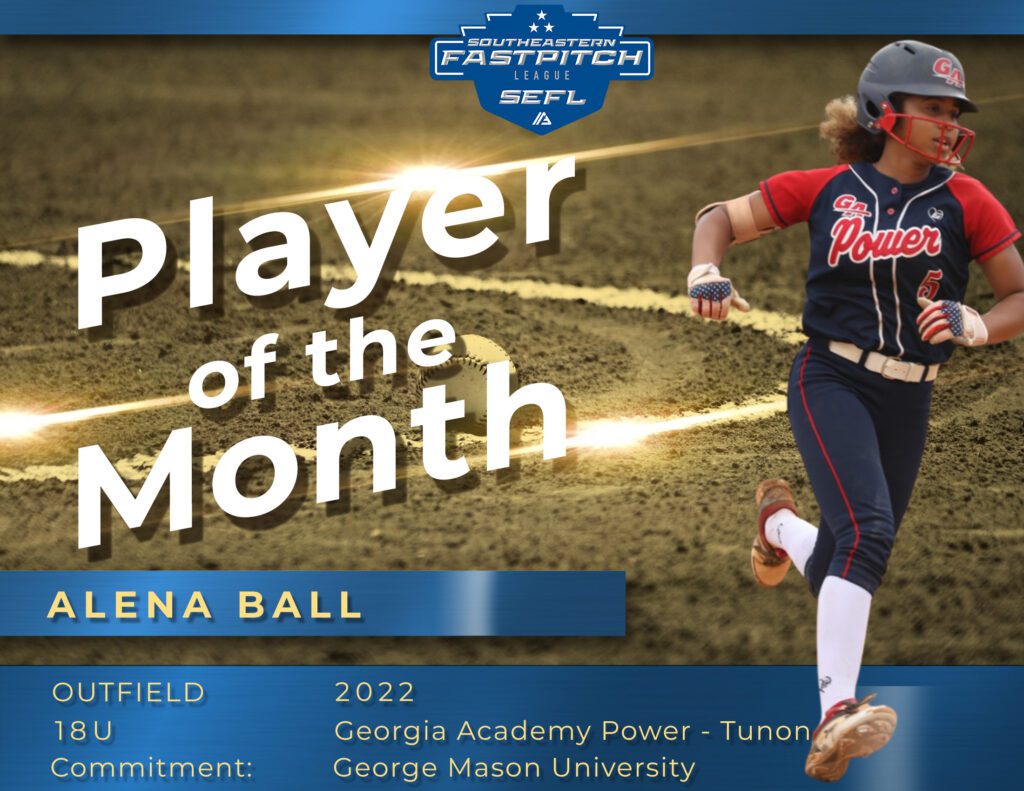 The Southeastern Fastpitch League (SEFL) is excited to spotlight Alena Ball in our Alliance Player Recognition Program as our June Player of the Month. For the remainder of the 2021 season, the SEFL will highlight Players of the Month from each different age group.

Alena is from Kennesaw, GA where she attends Harrison High School. While playing at Harrison High, Alena clenched the leadoff spot hitting .500 in the month of May, her OBP was .581, she scored 14 runs, was 8 for 8 in stolen bases, and had her first over the fence homerun! Her performance of being a pure slapper has allowed her to thrive through adversity and has helped her evolve in to becoming a true triple threat at the plate.

During the summer, Alena plays for Georgia Academy Power – Tunon. She is a 2022 graduate and is committed George Mason University!

Congratulations to Alena Ball from 16U Georgia Academy Power – Tunon, for being recognized as the June SEFL Player of the Month!

To be considered for Player of the Month, your team must score League games in AGL so your stats will be included in the League’s monthly report.”