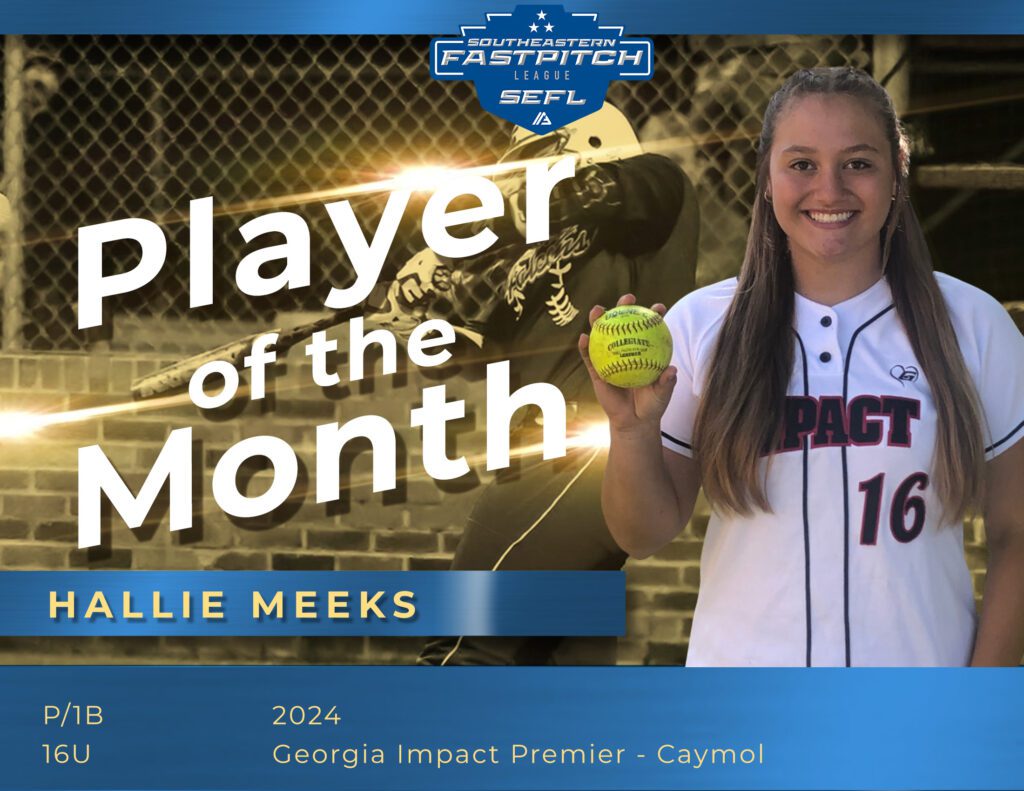 The Southeastern Fastpitch League (SEFL) is excited to spotlight Hallie Meeks as the September Player of the Month. Meeks is an infielder and pitcher on Georgia Impact Premier 16u – Caymol.

Hallie is a feared power hitter and had a successful Fall 2020 travel season where she hit over .400. Meeks led the nation in home runs for a high school freshman with 17 and racked up 56 RBIs. During the month of September, the 2024 posted a .466 batting average with a 1.6 OPS and a 1.4 ERA in the circle. “Hallie has an extremely high hitting ceiling with opposites-to midfield power and quick hands that get the barrel to the ball on time,” said head coach Caymol.  Meeks will only get better as she gets stronger.”

Hallie started playing softball when she was just five years old. “I asked my mom if I could play softball with my best friend, Mia,” Hallie said. “She said No. I really wanted to play so I asked my dad. He said Yes.  And, here we are. P.S. my mom loves it now!”

Hallie’s favorite softball memory is hitting a home run in the 2017 10U PGF National Championship game that her team won.

From all of us at the Alliance and the SEFL, congratulations to Hallie Meeks for her achievements.