Kaimana Coleman named SEFL Player of the Month for May 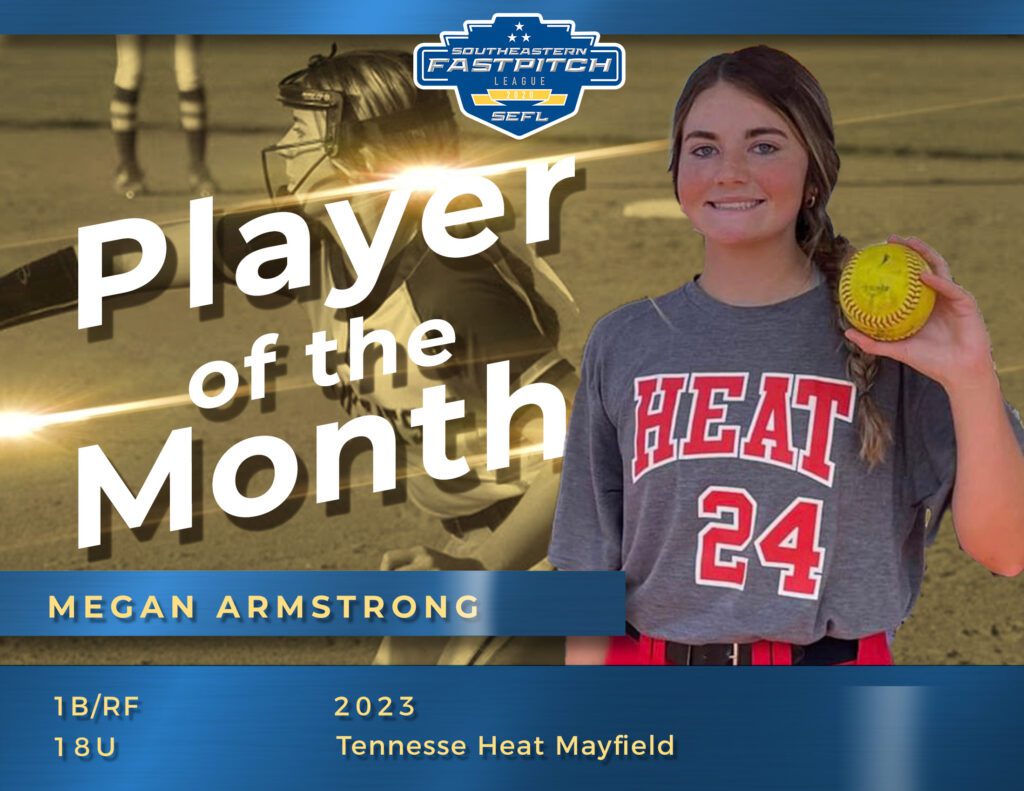 The Southeastern Fastpitch League (SEFL) is excited to spotlight Megan Armstrong as May’s Senior Player of the Month. Armstrong is a 1st baseman and right fielder for the Tennessee Heat.

“Megan Armstrong was a jewel to find,” said Coach Mayfield.  “When I held a tryout last fall, to my surprise Megan came in and I knew who she was. I had just lost my first baseman and there was no one that I wanted more then Megan. She is more than a physical player. Megan analyses the pitchers and their patterns. She is just the all-around player.”

“I started playing baseball when I was five,” said Megan. “A team was looking for a few more players and they were asking my Dad if he knew any boys that would want to play.  He didn’t know of any boys, but he had a little girl.  I loved it!  I transition to softball and played on a travel team when I was six.  I have been playing travel softball ever since.”

“My favorite softball memory was winning the 8U World Series in Pigeon Forge and riding go-carts late into the night to celebrate.”

From all of us at the Alliance and the SEFL, congratulations to Megan Armstrong for her achievements.