One of Florida’s Premier Organizations- Gainesville Gold McFadyen 16U 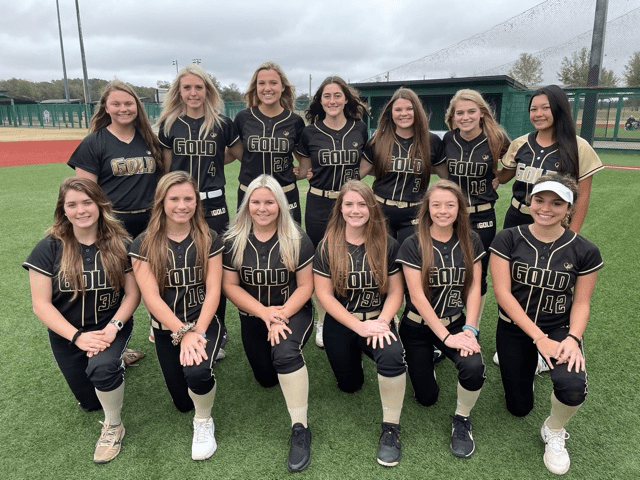 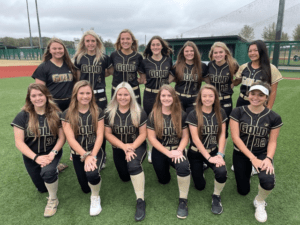 The Southeastern Fastpitch League (SEFL) is excited to spotlight the Gainesville Gold McFadyen 16U team. For the remainder of the 2021 season, we will be spotlighting several teams in the SEFL for each different age group.

As every athlete knows, 2020 was a challenging year to find opportunities to play any sport. Still, the Gainesville Gold McFadyen overcame the hardships of the world around them and developed a competitive Summer and Fall schedule, competing against the nation’s top teams. They competed in the week-long PGF Independence Day Invitational, USA State Championship, Scenic City Showcase, USA Nationals, GoldStar Showcase, and the PGF State Championship. The team finished the year with an astonishing record of 48 wins and only 5 losses, and came out on top in the USA Florida State Championship along with the GoldStar Summer and Fall Showcases. Even though COVID didn’t allow them to do a lot of traveling outside the state of Florida, it did not diminish their impressive wins against some of the best and most recognized teams in the country.

The Gainesville Gold 16U had many standout performances this year, including a pitcher’s duel with the East Cobb Bullets, won by Gainesville’s Mallory Forrester, at the Sand Dollar Showcase in Gulf Shores, Alabama. Mallory struck out 14 of 16 batters faced over five innings, allowing no hits and no runs. In the same tournament, Mallory’s teammate, Molly Bender, “smashed a ‘no-doubter’ grand slam,” said Coach Jeremy McFadyen, in the final inning of a close game. Tori Hedgecock, a Mercer University commit, boasted an outstanding summer season with a .541 batting average with 116 plate appearances, 37 singles, t10 doubles, and 6 home runs against top competition. Coach McFadyen added that the team as a whole hit 290 singles, 75 doubles, 24 triples, and 23 home runs over the Summer season in just 53 games.

While Gainesville Gold McFadyen is a very tight-knit group, none of the team members actually live in Gainesville, Florida. Even though they don’t see each other at school or in high school games, the girls have become great teammates and great friends. From their pregame hype music to their team building TikToks, this team brings a lot of competitive energy to the field when they play together. One of their favorite memories as a team was their first trip to PGF Premier Nationals and traveling together from Florida to California. Coach McFadyen and the other coaches are proud of the competitive spirits that each player brings into every game, especially when they are “eating up” home runs together at home plate.

The Gainesville Gold McFadyen 16U has big things ahead of them in the future as they keep pushing forward to new opportunities. Be on the lookout for this dominant team as they have a full schedule slated for 2021 and continue to compete against top teams in the SEFL. We are excited to see them continue to grow and achieve success in their careers as a team and individually as they continue this year with their college commitments.