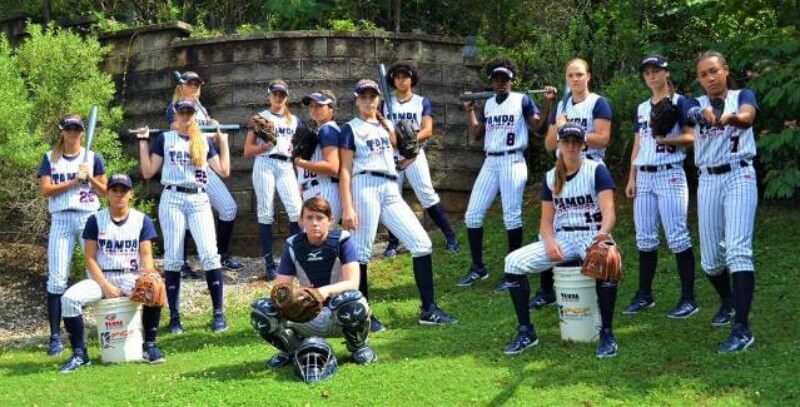 Lockdown was stifling for some across America. Patterns changed, activities changed, the way we worked and went to school changed.

For others, it was a time of creativity. Six club coaches in Texas formed a Texas FastPitch League in late spring and were faced with a summer heaped with limited travel options and uncertainty based on the global health scare.

The model Texas forged, however, became a catalyst and led to the building of other regional and state-centric leagues.

California formed its league to follow Texas’ example, but the state didn’t open up and the CFL has delayed its launch until fall of 2020 or beyond.

Midwestern clubs as well as many in the Northeast and East Coast united to form the Heart of America League.

Since the start of the year and, especially with the COVID-19 pandemic, leagues across the country have been announced including the hierarchy of leadership built on commissioners and other administrators.

Here are the ones previously announced:

But, from the Southeast… crickets.

Travel ball was still happening. Scenic City was rescheduled for August, due to the double whammy of COVID restrictions and tornado damage. ProSwings pulled off a successful event in Tennessee and Dalton, Georgia in June. Viera, Florida hosted the USA Elite’s World Fastpitch Challenge.

Triple Crown and PGF had successful events in July in Tennessee and Florida, respectively. Georgia hosted events almost every weekend. It was as close to business as usual as the South could get.

Behind the scenes, every Sunday afternoon six of the South’s top club coaches had a Zoom call. The timing was not right to launch anything new; travel ball in the Southeast was observing social distancing, teams were showing up, everyone adjusted to restrictions, and softball was played.

The summer gave them time: time to gauge interest, time to watch the Texas League’s launch and gather feedback, and most importantly time to establish a solid framework, goals, and a vision for a league that would work for the Southeast.

Today, the Southeast Fastpitch League is being launched by its founding members, a list which reads like a veritable Who’s Who of fastpitch in the Southeast: Jeremy & Jill Higdon, T.J. Goelz, Jim Huecker and Greg Schnute. The organizations represented by the leadership group are Fury Platinum, Tampa Mustangs, Louisville Lady Sluggers, and East Cobb Bullets, respectively.

“We want to open it up for people to express interest,” Higdon said. “They can go to the webpage, enter their information with an intent to participate, and ask their questions.”

By week’s end, an announcement will reveal a national unifying structure that might be a glimpse at the future of club ball across the country. The people involved in each league represent the top clubs around the country. This is an unprecedented opportunity to build something new.

“We have a group of people who want to collaborate to make the game better,” Higdon said. “We want to do more than just play under one banner or another and move on to the next event.”

Those people who across the country are uniting to develop this blueprint are key to the success of this framework.

“Overall, the concept and the people attached to it are what attracted me,” said T.J. Goelz. “These are people who live, breathe, and love softball.”

New ideas that have never permeated travel ball will be incorporated into the Southeast Fastpitch League, according to Higdon. They want to track stats—in a fashion similar to MaxPreps—although they’re still working on the details. It would lead to stat-based recognition of players and teams. Higdon hopes the byproduct is a community across club ball.

“We’d love the league to provide resources and guidance for travel coaches who want it,” Higdon said. “We want to enhance the travel ball experience and the first step is to create a community.”

They are aiming to include player’s clinics, coaches’ clinics, training for coaches who want it, consultation for those who need additional support, and even recruiting assistance, he said.

Above all else, the leadership of this newest league is dedicating to resurrecting the competitive aspects of the game, Higdon said, while bringing the community together in a collaborative spirit.

“We can compete against each other and also collaborate,” Higdon said. “We can all pull for each other and make the game better for the players while maintaining an ultra-competitive atmosphere. The leadership of the league is in lockstep on this.”

While Goelz acknowledges that there is much work yet to be done, he’s enthusiastic about the league and its soon-to-be-announced framework.

“I’m always looking to grow the game,” said Goelz, who will graduate most of his successful Tampa Mustangs TJ team and see them off to Division I schools this summer.

“I think this will make the sport more accessible, provide more opportunities for players and organizations, and will help get players ready for college. I’m excited to be part of this.”