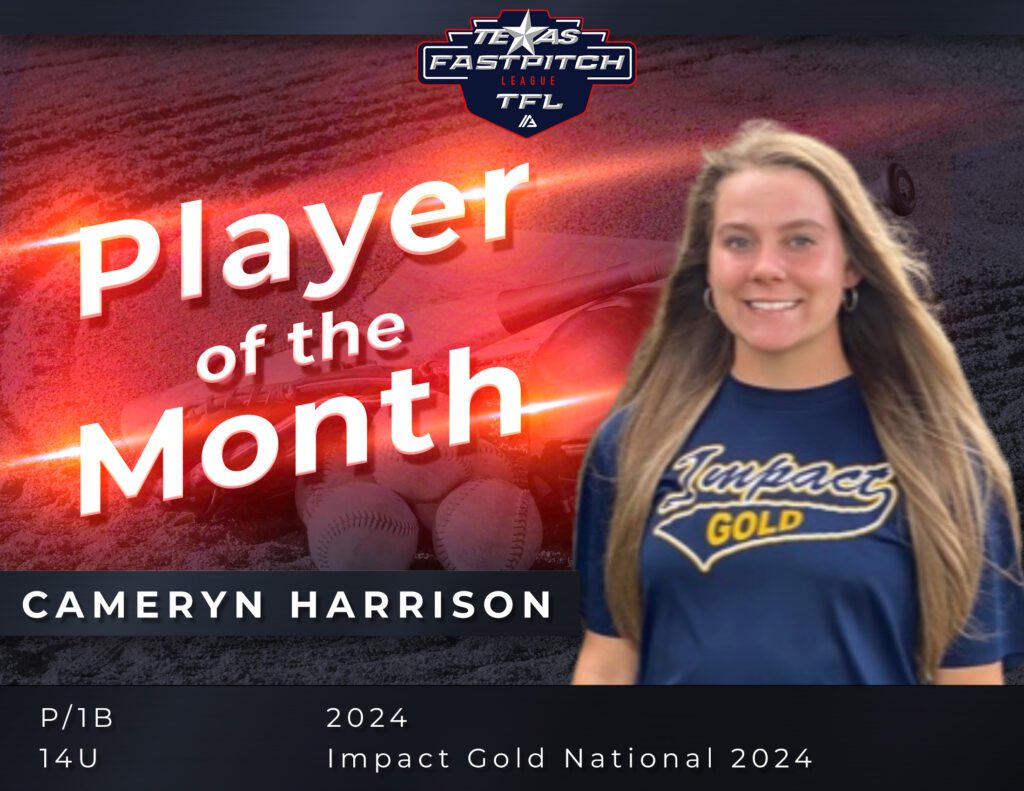 The Texas Fastpitch League (TFL) is excited to spotlight Cameryn Harrison as the June player of the month. Harrison is a pitcher on Impact Gold National 2024.

“Cameryn is one of the hardest workers we have ever coached,” coach Carla Newsom said.  “She is. Focused and a. fierce competitor. Cameryn is a team player and always leads by example.” Coach Kelly Bembry also had some positive words about the young pitcher, “Cam. Truly competes in all areas of the game. She loves her team and loves the game and that’s evident by how a hard she goes all of the time.”

Harrison began playing softball at the young age of 6. Her dad inspired her to play and she has been in love with the game ever since. Her favorite softball memory is hitting a 3-run home run when her team was down by 2 to put them ahead in Colorado. The energy from the team and coaches when she hit that home run was unforgettable.

From all of us at the Alliance and the TFL, congratulations to Cameryn Harrison for her achievements.