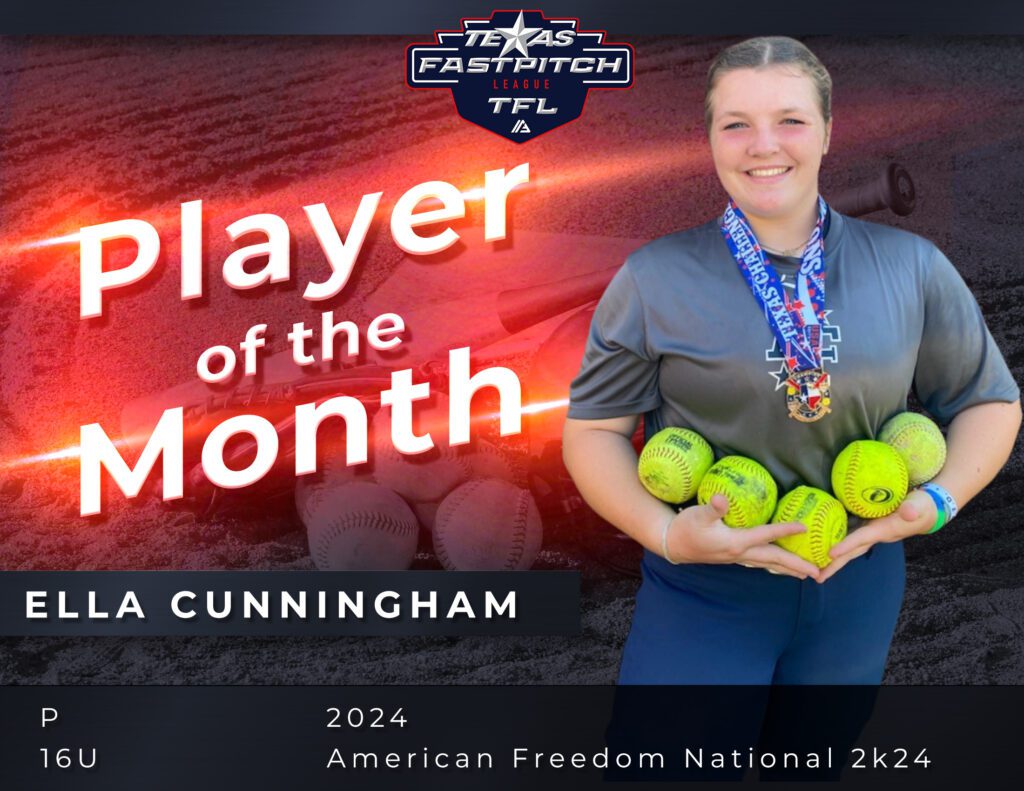 The Texas Fastpitch League (TFL) is excited to spotlight Ella Cunningham as the September player of the month. Cunningham is a pitcher on American Freedom National 2k24.

At the plate, Ella is hitting a whopping .409 with 5 home runs and an OPS of 1.527. In addition to her success at the plate, Cunningham has a 1.97 ERA in the circle, a 0.94 WHIP and is averaging one strikeout per inning.

“Ella is very talented, powerful, coachable, and a hard-working ball player,” coach Rex Ramos said.  “She is a huge asset for us at the plate and inside the circle. She excels in the classroom, and is a terrific person and great teammate. I am very proud of her.”

Cunningham started her softball journey at an early age. “When I was five years old, I tried ballet and that wasn’t for me. So, my parents signed me up for softball. At the first practice I got a bloody nose and fell in love with the sport and haven’t looked back,” Cunningham said.

Her favorite softball memory is when she hit five home runs in a single tournament.

From all of us at the Alliance and the TFL, congratulations to Ella Cunningham for her achievements.