Izzy Cruz named TFL May Player of the Month 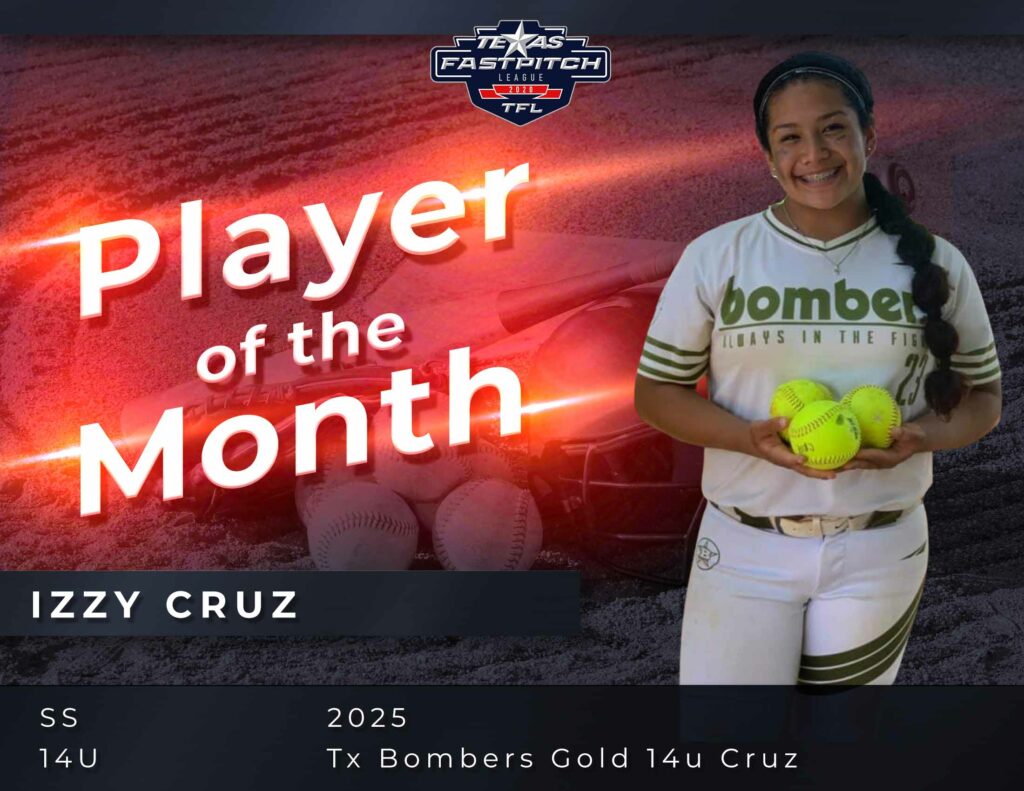 The Texas Fastpitch League (TFL) is excited to spotlight Izzy Cruz as the May player of the month. Cruz is a shortstop on Texas Bombers 14u Gold-Cruz.

The Texas Bombers 14u Gold-Cruz is stacked with talent and includes 6 of its players in the Extra Elite 100 rankings and another 3 being in the top 200.

Amongst that talent is 2025 shortstop Izzy Cruz. Cruz is ranked 38th in the 2025 Extra Elite 100. Extra Inning Softball describes Cruz as a player who “plays with a high-level game IQ that makes her a threat to any opponent on both offense and defense.”

“Her clutch bat is what her team relies on but her outstanding defense is always fun to watch,” Bombers coach said.

Cruz grew up watching her big brother play baseball and started playing in a city softball league when she was just 5 years old. She is no stranger to hard work. Even at a young age, her dad would take her out to the fields with her brother and they would work on hitting and fielding.

She describes her favorite softball memory being last summer when she was picked to play in the USA Softball All-American Games. Cruz’s team was Region 5 Red and ended up going undefeated throughout the tournament and eventually went on to win the championship. One thing she appreciated most during her experience was meeting new people and playing with girls she usually competes against all while getting to play on Hall of Fame Stadium Field.