Kaelani Rodgers named TFL Player of the Month for May 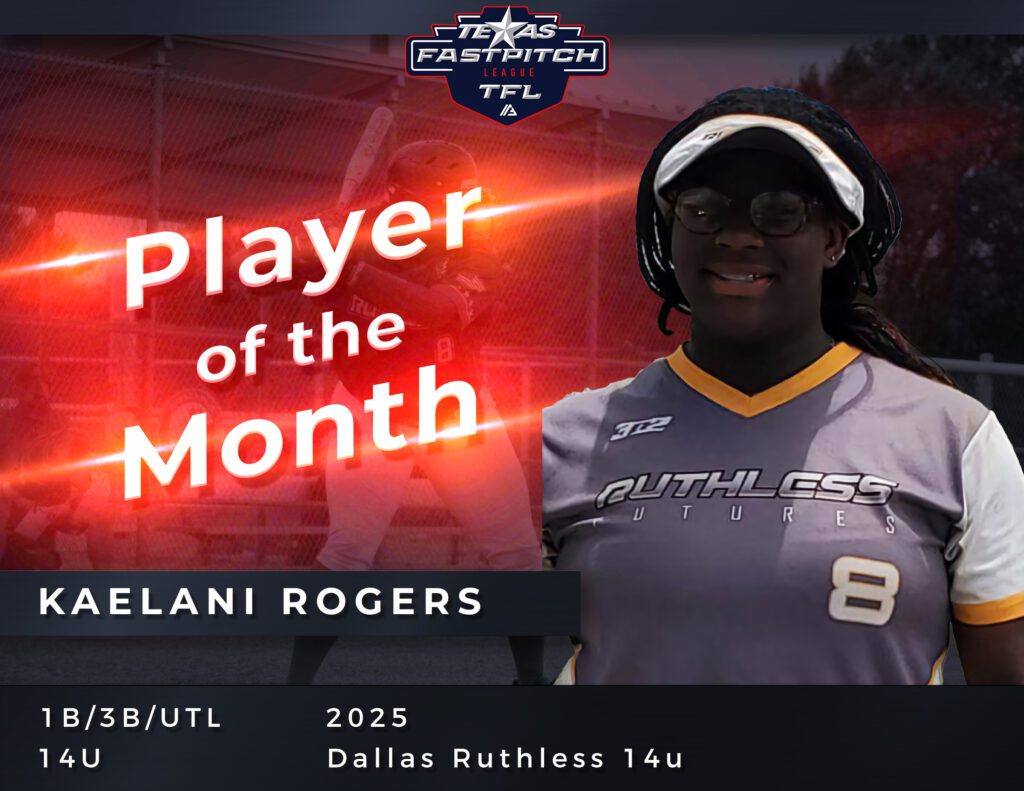 The Texas Fastpitch League (TFL) is excited to spotlight Kaelani Rodgers as May’s Senior Player of the Month. Rodgers is a Utility player for the Dallas Ruthless 14u.

“I began playing softball for the CFB rec league at 6 years old and fell in love with the game ever since I have started,” said Rodgers. “My favorite softball memory is when I hit my first out of the park homerun. I had been dying to achieve my goal of hitting it out since I started playing and sure enough putting in the work needed I reached my goal.”

“She is a strong kid that can hit the ball hard and at any time can be a game changer with one swing of the bat,” said Coach Melaney Torres. “Defensively, she has a strong arm and can play several positions to help her team. “

From all of us at the Alliance and the TFL, congratulations to Kaelani Rodgers for her achievements.