Morgan Marks named TFL JR. Player of the Month for May 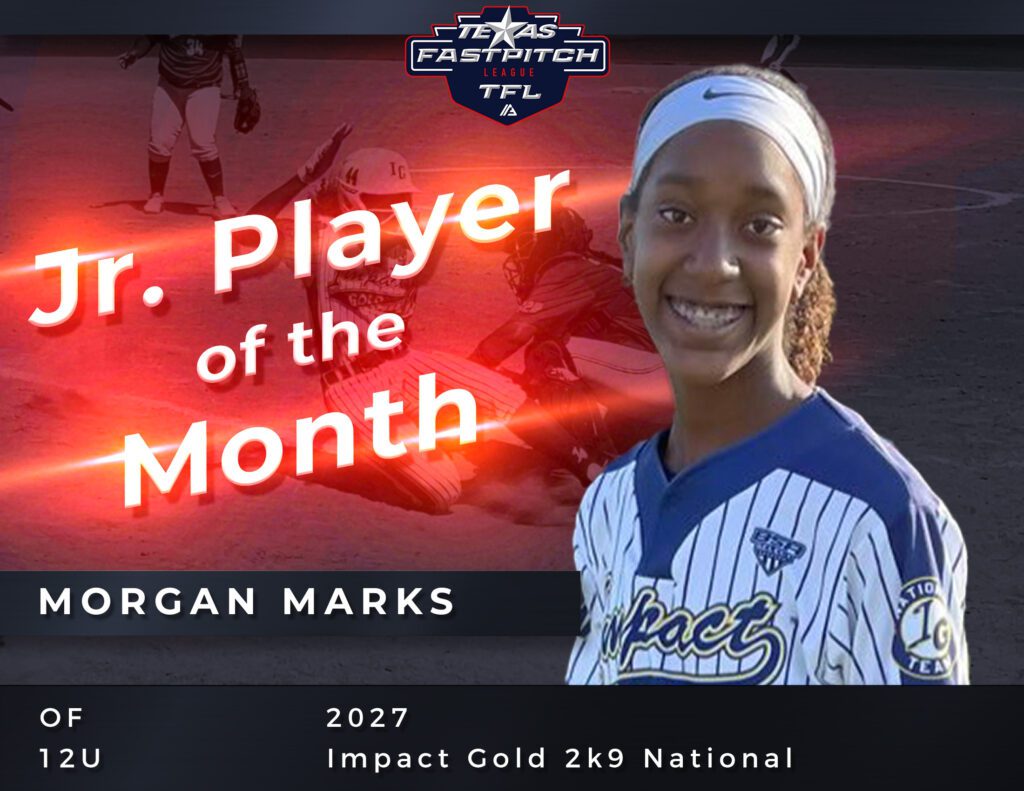 The Texas Fastpitch League (TFL) is excited to spotlight Morgan Marks as May’s Junior Player of the Month. Marks is an Outfielder for the Impact Gold 2k9 National.

“Morgan Marks is a premier elite level leadoff hitter for our Impact Gold 2K9 National team,” said her coaches. “Through 89 games this Spring season she is leading our IG team in OB%, BB’s, Runs scored, and stolen bases. She is an absolute juggernaut of a player. Morgan possesses a unique skill set offensively with a tremendous amount of speed, power slapping ability, size and athleticism. Defensively she is yet to commit an error this season. She has done an outstanding job covering territory in all three outfield positions. Although she is very talented, Morgan is very coachable with a great attitude. It is a delight to watch her as she continues to grow in her softball journey.”

“Growing up I would always be next to the softball fields as my older brother played soccer in the same park,” said Marks. “Just before I turned nine, I attended my first softball camp where I fell in love with the game. Since then, I have enjoyed being on the field and continually growing.”

“I have many great softball memories, however my favorite happened recently when I had a great walk-off hit in a championship game which secured the win for my team.”

From all of us at the Alliance and the TFL, congratulations to Morgan Marks for her achievements.