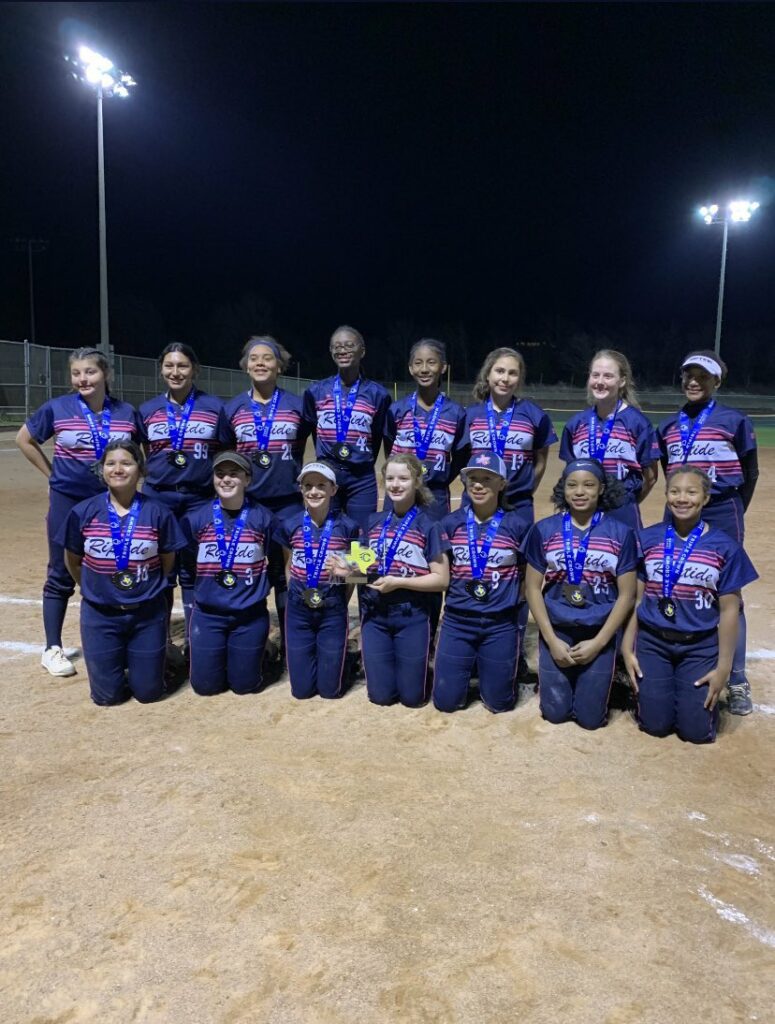 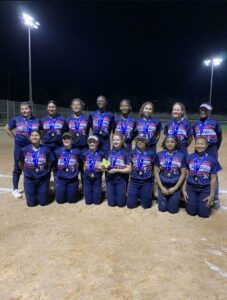 In each of the last three tournaments it has participated in, Texas Riptide 07 has finished as the undefeated champions. Yes- you read that correctly.

Over three consecutive weekends, this 14U team has won 21 straight games. They have come out on top of three tournaments: the Triple Crown Bomber Shootout and the first two legs of the Hot Corners Spring Showdown Series. Two Riptide outfielders, Alisa Sneed and Khamari Hall, were named as the TFL’s Players of the Month for February.

Texas Riptide 07 is led by Coach Sam Campbell and was established in 2014 by Daira and Dr. Manfred Quentel in Humble, Texas. Coach Campbell initially became involved with the team through his daughter Jourdyn, who now plays for Texas A&M.

“Believe it or not, Dr. Manfred Quentel did the braces for two of my daughters,” Campbell says on how he first found out about Riptide. “He and his wife offered Jourdyn access to the field for hitting and fielding prior to her leaving for college. She was invited to work out with the team, and I happened to tag along. The Quentels asked me to join the organization, and I’ve been pitching behind a screen and hitting fungo ever since.”

The culture that the coaches have instilled in their players centers around hard work and dedication as the keys to success. Coach Campbell says that his team has a tremendous work ethic and the desire to become better each and every day. 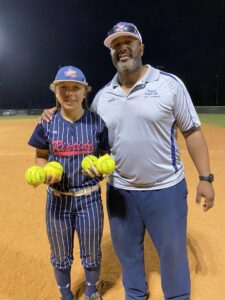 “We encourage our players to have a life outside of softball,” he adds about what has helped the team perform so well. “We have players that show livestock, players that enjoy competing in other sports, and players that enjoy TikTok. When you have access to a field and a facility, there is hardly any pressure to miss out on other important aspects of their lives.”

Riptide pitcher Ella Lozano shared that in her first weekend with the team, they won the championship of the tournament they competed in.

“Coach Sam immediately took me under his wing, and he has been pushing me to tap into the next level- whether it’s pitching, hitting, or fielding,” Lozano says. “He is available 7 days a week for us so that we can sharpen our skills and feel confident for the next time we take the field. We work hard and practice hard, but Coach Sam never forgets to make it fun.”

Texas Riptide 07 acts as a family, holding holiday and pool parties for the players and their families. At the end of each Tuesday practice, the team moms serve a hot, home-cooked meal to the players.

“I would be remiss if I did not mention the parents who search the bayou to retrieve all the home runs hit in practice,” commends Coach Campbell. “Seriously- it is truly a jungle out there. There are snakes and nutria rats.”

As a single-team organization, Texas Riptide has not ruled out the possibility of merging with any larger groups. While a merger would increase exposure and recruiting for players, Coach Campbell believes his players “would stand out with any name on their uniforms.”

“Players require development and reps throughout their entire prospect years and career,” Coach Campbell continues. “Who is willing to put in that time? We are! Riptide stands as a unit, and if the right opportunity presented itself, we would move as a unit.”

Texas Riptide 07 looks to continue its successes at the final two legs of the Hot Corners Spring Showdown Series. The third leg takes place this weekend (March 26-28), and the final leg will occur in mid-April (April 16-18).

You can stay up to date with the team’s hot streak on Twitter, where they share their triumphs and post fun videos- including some impressive home runs out in the bayou of southeastern Texas.