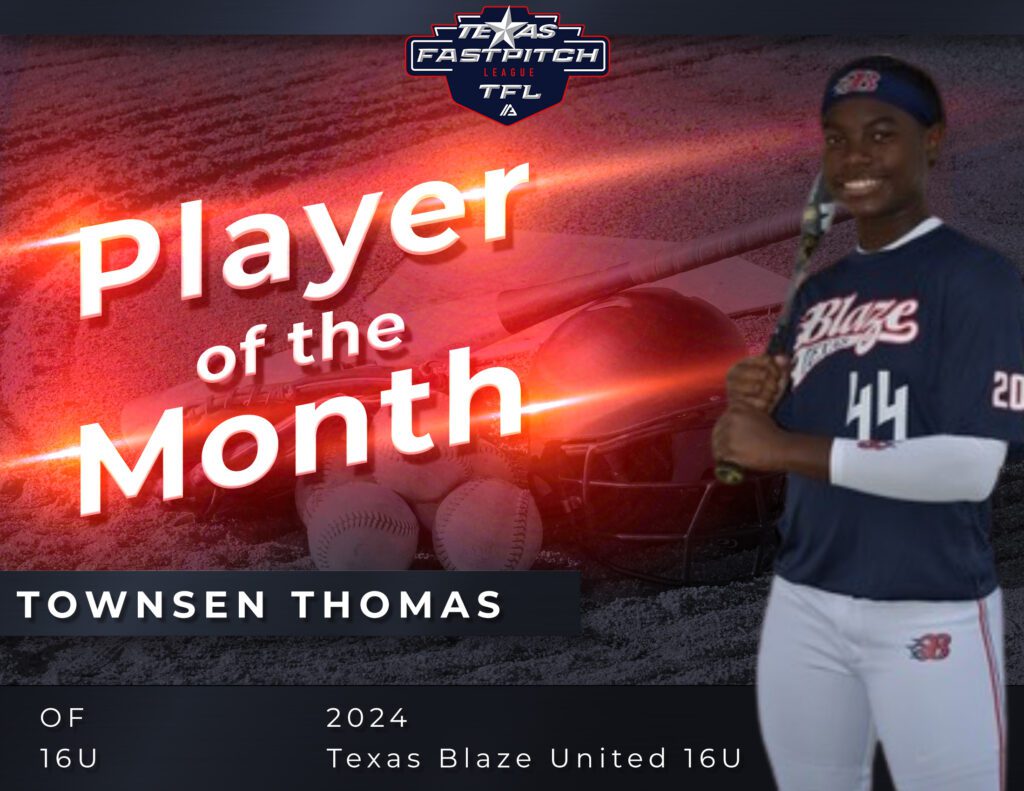 The Texas Fastpitch League (TFL) is excited to spotlight Townsen Thomas as the July player of the month. Thomas is an outfielder on Texas Blaze United 16U.

In July, she recorded a .562 batting average and racked up 51 stolen bases.

“Townsen has more natural athletic ability than any player I’ve ever coached, and she works constantly to improve her game,” her coach said. “She’s coachable, a good teammate, and, even with her success, remains humble. Townsen has dreams of making it to the USA National team one day, and I have no doubt she will!”

My favorite softball memory is when we went to PGF second year 10U with intensity and placed 2nd,” she said. “I got started with softball when I got a toy where I could hit the ball off of the tee and it would come back, one Christmas.”

Townsen doesn’t just excel on the field. The Texan is a multi-sport athlete participating in basketball and track. In 2019, Townsen was ranked 5th in the triple jump and 9th in the 100-meter hurdles nationally.

From all of us at the Alliance and the TFL, congratulations to Townsen Thomas for her achievements.