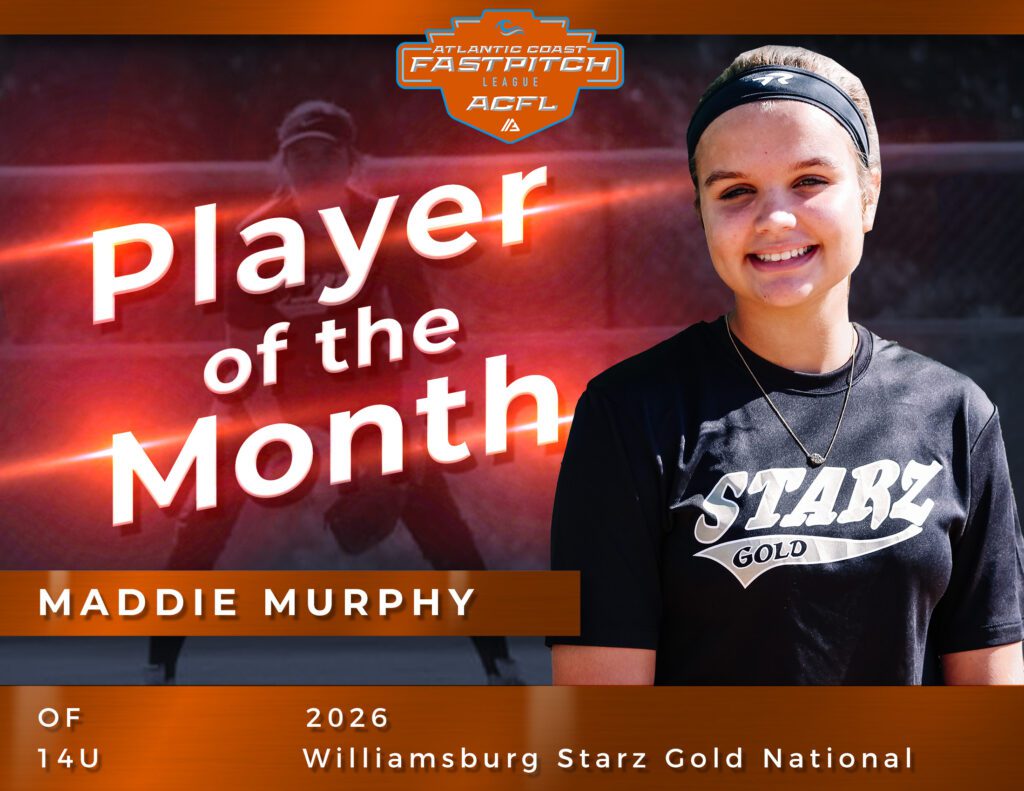 The Atlantic Coast Fastpitch League is excited to announce the ACFL’s November Junior Player of the Month: Maddie Murphy!

Murphy, an outfielder from Clayton, NC, competes for the Williamsburg Starz Gold National 14U team. She compiled a .500 batting average during the month of November with an OPS of 1.483.

COACH FEEDBACK:
“Maddie is a special talent who is very explosive,” said Coach Tom Bunn. “She is one of our most powerful hitters and one of our fastest base runners. She is a very coachable kid who plays the game with great energy and enthusiasm. We are lucky to have her and I have really enjoyed coaching her. Maddie is going to achieve at a very high level and I am looking forward to watching her do it.”

MEET MADDIE:
Q: Can you share a little bit about your softball story?
Murphy: I started playing softball at four years old on a local Rec ball team, then switched to travel ball at the age of eight. I started as an infielder, then in 10u I was transitioned to the outfield. My favorite part of playing in the outfield is running balls down, and throwing out base runners.