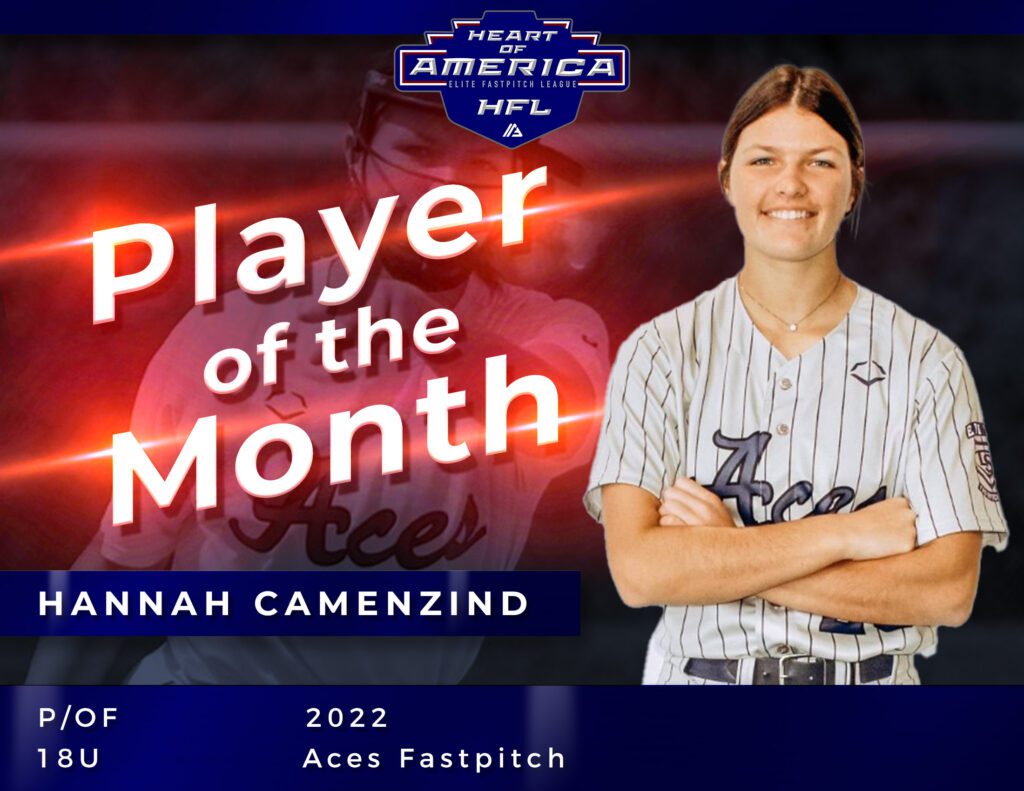 The Heart of America Fastpitch League (HFL) is excited to spotlight Hannah Camenzind as the March Player of the Month. Camenzind is a pitcher and outfielder on Aces Fastpitch. The Nebraska native is committed to the University of Arkansas and attends Skutt Catholic High School.

The 2022 standout had an excellent month in March. Camenzind boasted a 0 ERA with 20 strikeouts and a .38 WHIP. At the plate Camenzind didn’t disappoint with a solid batting average of .412, a .524 OBP and 6 RBIs.

The future Razorback credits making her first softball team due to her athleticism. “When I was 8, I went to my first tryout,” she said. “I made the team only because I was athletic. I hardly ever played, as I wasn’t very good. I would get in the car and cry and ask my parents why don’t I play. They would tell me I needed to work to get better. Then I worked hard and was able to make the aces and they have helped me get to where I am today.”

From all of us at the Alliance and the HFL, congratulations to Hannah Camenzind for her achievements.